Continue to Deadline SKIP AD
You will be redirected back to your article in seconds
Skip to main content
March 25, 2020 12:35pm 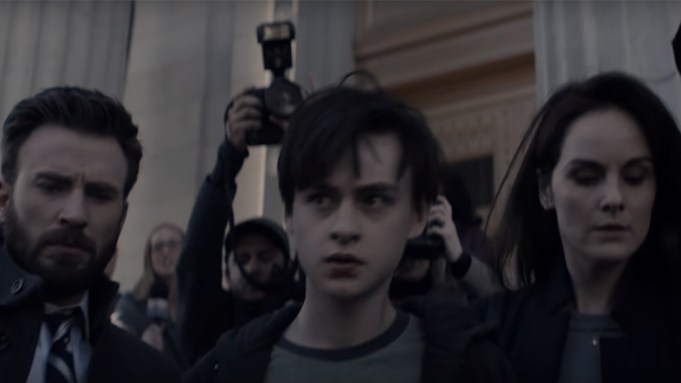 Apple has dropped the first trailer for Defending Jacob, its upcoming legal drama headlined and executive produced by Captain America and The Avengers star Chris Evans.

Evans reunites with his Knives Out co-star Jaeden Martell in the limited series based on William Landay’s bestselling novel.

Created and written by Mark Bomback (Planet of the Apes trilogy), Defending Jacob tells the story of Andy Barber (Evans), a father dealing with the accusation that his son Jacob, played by Martell, is a 14-year-old murderer. What makes things even more complicated is that Andy is a deputy district attorney torn by his duty to his office and his love for his son.

Defending Jacob is set to premiere April 24 on Apple TV+.