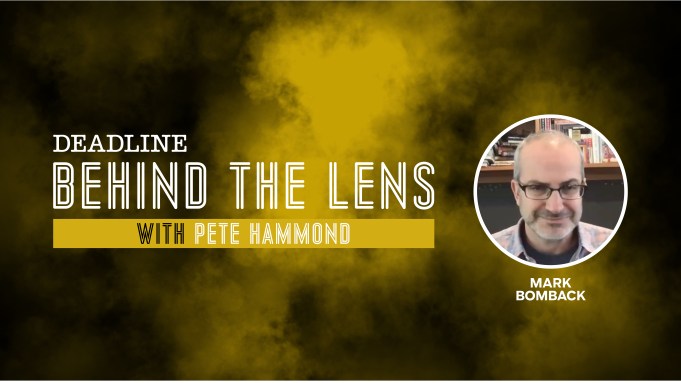 Mark Bomback is a screenwriter who has been one of the go-to people in town, with credit or without, on some of the best-known franchises in recent years. His work includes scripts for both Dawn of the Planet of the Apes and War of the Planet of the Apes, as well as uncredited work on Rise of the Planet of the Apes, Live Free Or Die Hard, The Wolverine, The Divergent Series:  Insurgent, Total Recall, Race to Witch Mountain, Fifty Shades of Grey, Logan and The Mummy. Other screenplays include the Denzel Washington action picture Unstoppable, and most recently Outlaw King and the terrific and underrated The Art of Racing in the Rain.

Now he is adding television to his résumé as creator, executive producer and showrunner for the new Apple TV+  limited series Defending Jacob, an eight-episode drama he adapted from the novel by William Landay.

I recently interviewed him for this virtual edition of my Deadline video series Behind the Lens, when we talked about the challenges and pluses of working in a streaming environment for a project like this. He tells me the original idea was to make Defending Jacob as a motion picture,  but that as he got more into it the limited series format seemed ideal to flesh out the story of a assistant DA, played by Chris Evans, whose young son becomes a main suspect in the murder of a student at this school.

Bomback, via video from his home in upstate New York, also talks about the trick of adapting books and just how involved he gets with the original authors, as well as his career trajectory in getting into the business and becoming a successful screenwriter. We start by discussing how he brings his own personal family experience directly into crafting his TV debut — it involves Truth To Power and ginger ale.