Continue to Deadline SKIP AD
You will be redirected back to your article in seconds
Skip to main content
August 17, 2020 1:22pm 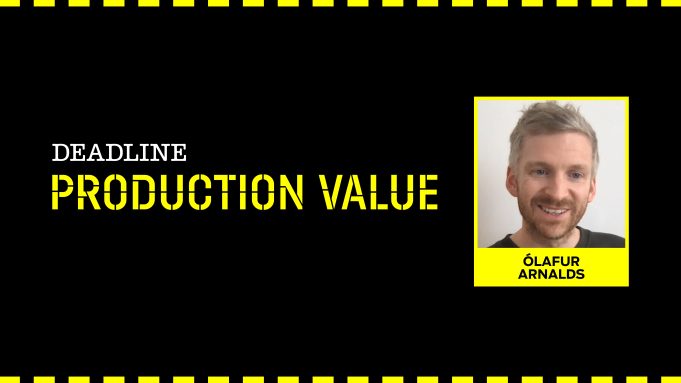 With his main title theme for Defending Jacob, Icelandic composer Ólafur Arnalds aimed to establish the “fragility” and “melancholy” of parents caught up in a nightmare.

Created by Mark Bomback, and directed by Morten Tyldum, the Apple TV+ drama centers on Andy (Chris Evans) and Laurie Barber (Michelle Dockery), a Massachusetts couple whose lives are turned upside down, when their 14-year-old son Jacob (Jaeden Martell) is accused of murdering a classmate.

As Arnalds recalls in the latest installment of Deadline’s Production Value video series, when he first read Bomback’s scripts for the miniseries, he immediately sensed that the material at hand was special. “There’s so many crime shows being made, so many murder mysteries being made, and reading this one, I really felt the soul of it. There was something a little bit deeper to it, because it’s not really about who murdered a kid,” he says. “It’s about a family tearing apart in the worst way possible, and really what happens when there’s this big disagreement on a fundamental life belief in your family.”

And while the composer received his first Emmy nomination for his contributions to the series, the work for which he was recognized was not originally intended to be its main title theme. Looking at the outset to take on the entire series, Arnalds wrote the piece for one of its early episodes, before scheduling conflicts took him away from the project, and Atli Örvarsson took over as composer.

A mix of string instruments and electronic sounds, the theme came to Arnalds through improvisation, in which he aimed to get at a sonic identity for the show. “I’ve got a string quarter in there—so, a couple of violins, a viola and a cello—and those kind of carry the emotional content, and a little bit of the mystery for me, as well, because they have this glissando feeling,” he says, “which is like a ghostly kind of thing. So while they carry this emotional quality for me, I’m usually working with a total contrast to that.”

What the composer enjoys about working with electronic elements is the way they complement his orchestral sounds. “We are so used to hearing electronic music all the time. It’s in our pop music; it’s in our hip-hop music. It’s everywhere,” he reflects, “and I feel like by using electronic beats and synthesizers, I’m actually making these string instruments, which often feel outdated and traditional, more relatable to myself, and to others.”

First introduced to the work of Frédéric Chopin by his grandmother, Arnalds began honing his craft as a musician at an early age. “From the very beginning of my life, it’s been music. I grew up playing the piano as a kid, even before I knew what I was doing,” he shares. “For me, there’s never really been any other path than this.”

Making a major impact in film and television over the last 10 years, Arnalds admits that his path into composing for the screen has been less than standard. “I don’t really call myself a film composer. It’s something that I always wanted to do, but the time I was most excited to be hired for a film was before I had done anything. So, nobody would hire me, for obvious reasons,” the Emmy nominee says. “But I had all this film-sounding music just coming out of me, constantly, so I just started releasing records.”

First releasing his music independently, Arnalds was then quickly signed by one record label after another. “Only after all of that,” he says, “touring the world with music, and just being a normal musician, were people starting to go, ‘Well, maybe he could write music for our films.’”

Earning his first big-screen composing credit on the 2010 Icelandic film Jitters, Arnalds’ big break stateside was with Sundance title Another Happy Day, a dark family drama written and directed by Euphoria’s Sam Levinson. “When I did that, there was all these big names attached to it, and I just remember how getting that job, Sam wanted me, and Ellen Barkin, who was producing that film with him, wanted me,” the composer says. “But to convince the rest of the producers to hire some 19-year-old from Iceland to do this, I know it was not easy for them.”

Composing all of the music for that film in just two weeks, Arnalds has gone on to score films like Gimme Shelter and series like Broadchurch. As an artist, though, Arnalds’ goal isn’t simply to continue working in film and TV. The real goal, for the composer, is to constantly push and reinvent himself, and to stay true to his own voice. “I don’t want this ever to become a job. This is the really important thing, to not do the projects where I’m a work-for-hire, and I’m just there to deliver someone else’s message,” he says. “In order to do that, I can’t keep doing the same things. I can’t do film, after film, after film. After I do a film, I have to go and do something completely different.”

From Arnalds’ perpective, what is so exciting about the art of composing is the constant challenge of it, and the opportunity for endless discovery that it offers. “It’s always such a wonderful process. It can be very hard; it can be soul-destroying at times, but there’s always that point where you come over the hill,” he says. “It’s like when you climb a mountain, and you reach the peak, you see the whole valley, and just to see the world from that perspective is a wonderful thing.”

For more from our conversation with Arnalds, click on the video above.