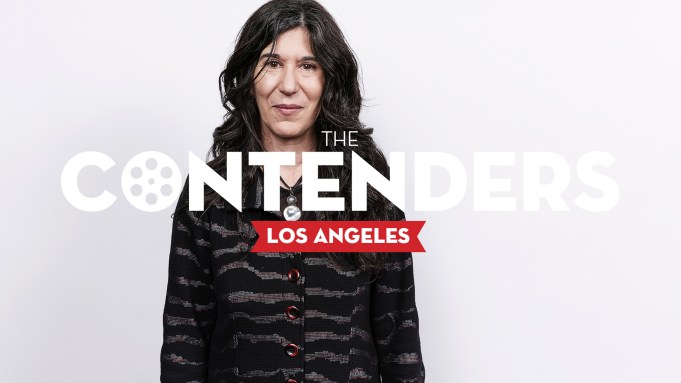 Writer-director Debra Granik’s latest film Leave No Trace stars Ben Foster and Thomasin McKenzie as a military-veteran father and his daughter living off the grid until they are pulled back into the modern world. The Bleecker Street pic, which hit theaters in June, has been gathering awards buzz — it’s up for a Spirit Award for best feature and best director, as well an acting nom for McKenzie — for its exploration of PTSD’s affect on families and examination of contemporary life.

Granik said during Deadline’s annual The Contenders Los Angeles award-season event that the film evolved from her documentary filmmaking experiences talking with veterans in the heartland. “A lot of questions were posed that I’ve been thinking about over the last three years,” she told the packed DGA Theater crowd of Academy and key guild voters.

The filmmaker behind Winter’s Bone also said that telling the pair’s story required a quietness to “understand who they were and what they were seeking” as they survived Thoreau-like in the woods. When they are removed by social services and into an apartment and a life centered with technology (cellphones chief among those), it helps make the question of “want versus need” — one of the film’s central explorations — even more stark.

“My goals sometimes are general — they are to make people care, to make people wonder,” Granik said about what she was trying to accomplish with the movie. “I like having those two very human responses to my colleague’s films.”