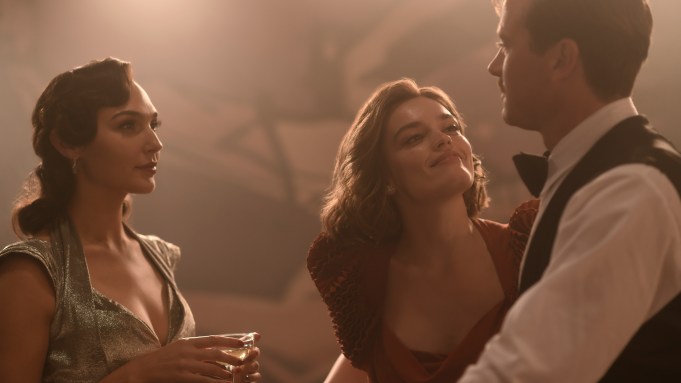 The first trailer is out for Death on the Nile, 20th Century Studios’ follow-up to its 2017 Agatha Christie adaptation Murder on the Orient Express that also returns Kenneth Branagh as both director and the star playing the mystery author’s famous detective Hercule Poirot. The movie is aiming for an October 23 release date in theaters.

This time, the Belgian detective Poirot’s Egyptian vacation on a river steamer becomes a search for a murderer after the idyllic honeymoon of a picture-perfect couple (Hammer and Gadot) is tragically cut short. The trailer, which is set against the stunning vistas of early 20th century Egypt, is backed by a stylized version of Depeche Mode’s “Policy of Truth” as Poirot zeroes in on his target.