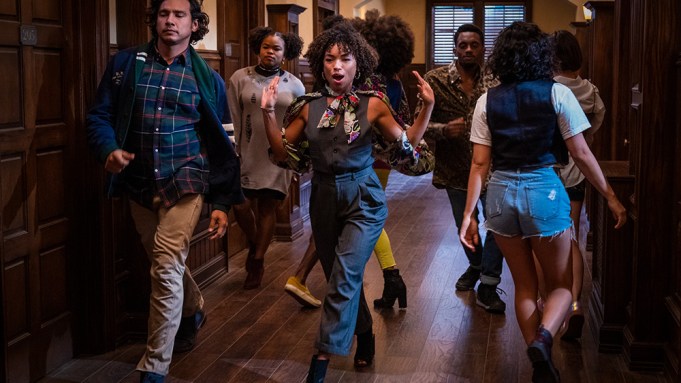 Winchester University’s finest return to show us how it’s done in the teaser for the fourth and final chapter of Justin Simien’s Dear White People.

On Friday Netflix unveiled a brief teaser for comedy, set to Montell Jordan’s “This Is How We Do It.” Showcasing clips of the student media studio, and the classic steps of Winchester University, the teaser claims that the “only way to move forward is to throw it back.” The teaser ramps up to the hit’s chorus and showcases scenes for the musical final season.

Per Netflix, Dear Black People Vol. 4 , which is a musical event inspired but Afro-futurism and the 90s, is “set against the backdrop of senior year at Winchester as well as a not-so-distant, post-pandemic future.”  The final chapter will see main characters “looking back at the most formative (and theatrical) year of their lives.”

The series returns to Netflix September 22. Watch the teaser above.