As Packaging Comes To An End Today, Squabbles Over Grandfathered Projects Likely To Continue; Analysis + WGA Q&A
Read the full story
May 18, 2021 8:44am 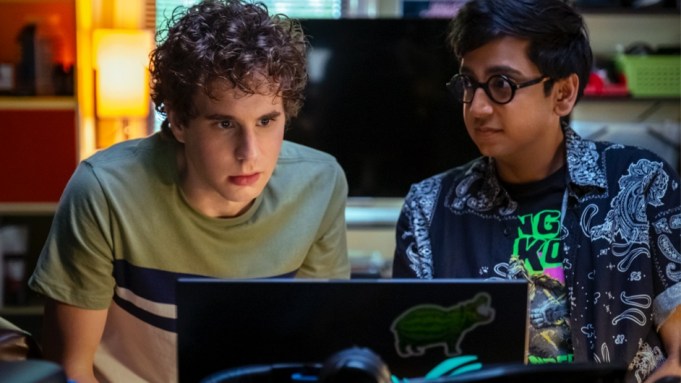 Universal Pictures released the first trailer for the much-anticipated film adaptation of Broadway’s Dear Evan Hansen. Stephen Chbosky (The Perks of Being A Wallflower, Wonder) directs and starring Ben Platt reprises the role that made him a Broadway star.

Over Platt’s rendition of the musical’s breakout song “You Will Be Found,” the trailer includes clips from the film featuring Platt, Kaitlyn Dever, Amy Adams, Julianne Moore, Amandla Stenberg, Nik Dodani, DeMarius Copes, Danny Pino and Colton Ryan (no stranger to Broadway himself as a cast member of Girl From The North Country).

The musical follows Evan Hansen, an anxious and isolated high school student whose letter to himself is found in the pocket of a classmate (Ryan) who died by suicide, with the note misinterpreted by the classmate’s parents as a suicide letter.

The film is written for the screen by the musical’s Steven Levenson with music and lyrics by Benj Pasek & Justin Paul.

Dear Evan Hansen is produced by Marc Platt and Adam Siegel, and is executive produced by Michael Bederman, Steven Levenson, Benj Pasek and Justin Paul. Universal Pictures will distribute the film in all territories.

The movie premieres in theaters on Sept. 24.