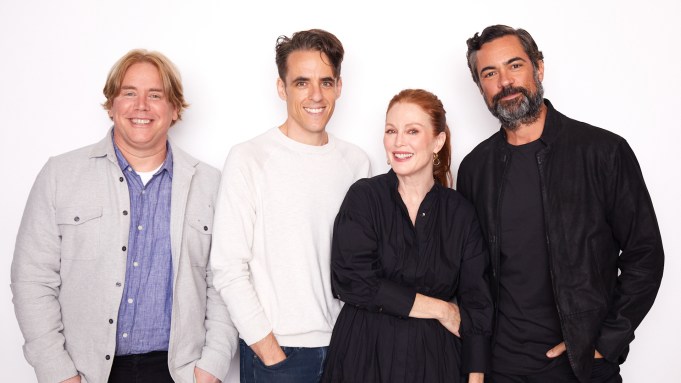 After winning a Tony for best actor in a musical and watching Dear Evan Hansen become a global phenomena, Ben Platt understands how important the project is to fans and this played into why he made the move to reprise the role in Universal’s adaptation.

“I think there was a lot of foundation going into this because of the fact of how much we had done this on stage,” Platt said. “I think the adapting came in being in the real dining rooms and living rooms and bedrooms and feeling how that demodulates all of the singing and makes it more internal, a little more conversational and a little less presentational but I think being in those real locations bring it to the finishing line.”

Universal’s Dear Evan Hansen is based on the Tony-winning musical about a high school senior who gets caught up in horrible lie following the suicide of a fellow classmate but at the same time learns to tell the truth along the way.

While the film already has a huge following, Platt hopes this film allows new fans to leave the theater feeling connected to at least one of the characters.

“I hope its cathartic in one way or another and that people feel seen by someone,” Platt said. “I think there is a character in the film for everyone to see themselves in and I think it’s a lot about shared humanity and a lot about having a communal experience where we feel connected to each other. We can also remind each other that everyone feels lonely and everybody feels isolated and that’s not a unique experience in the best way…that would be the greatest thing.”

The film bows on September 24 in theaters. Also watch our conversation with the rest of the cast below: