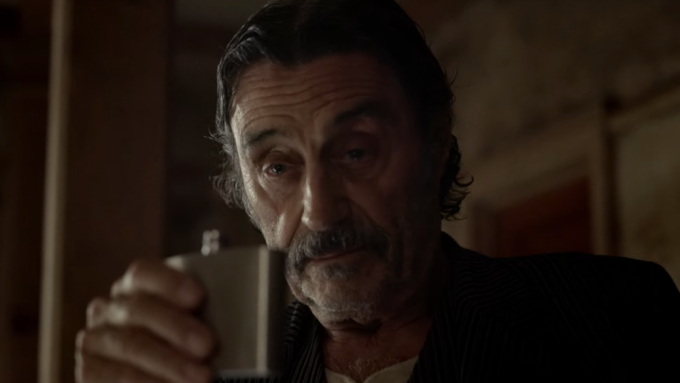 After a teaser trailer of HBO’sforthcoming Deadwood movie, fans of the Western drama still wanted a better look at the “film event” that will hit the premium cabler on May 31. Well, HBO heard you and they have delivered another trailer to whet your appetite.

If the teaser trailer gave you a taste of the Deadwood movie, the new look gives you a generous bite as we see Ian McShane and Timothy Olyphant reprise their roles as Swearengen and Bullock respectively. There’s lots of gunslinging, saloon action, bloody hands, fancy old-timey dresses, unapologetic corruption, and, of course, Swearengen telling it like it is in his own special way.

The film reunites the cult series’ indelible characters after a decade to celebrate South Dakota’s statehood. Former rivalries are reignited, alliances are tested and old wounds reopened as all are left to navigate the inevitable changes that modernity and time have wrought.