Continue to Deadline SKIP AD
You will be redirected back to your article in seconds
Skip to main content
May 21, 2018 3:43pm 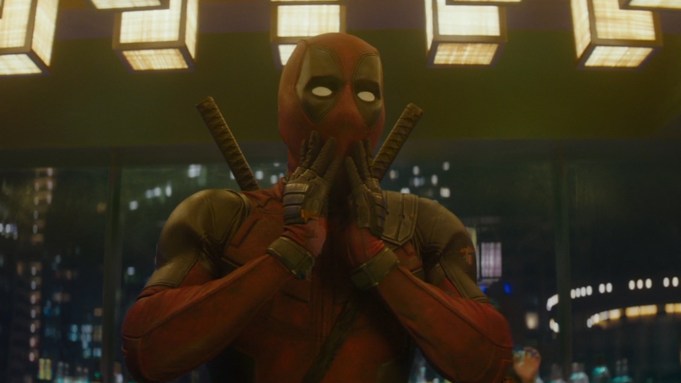 Having been away at the Cannes Film Festival for the past two weeks, the one biggie I missed (due to the fact that 20th Century Fox didn’t screen it until I was in France) was Deadpool 2. But like many others, I caught the Marvel sequel in a real theater with real people, not critics, over the weekend, and now in this post-opening review I get to do a little Monday morning quarterbacking.

As I say in my video review above, Deadpool is the funniest, raunchiest and most entertaining of any character in the Marvel Universe, and this sequel does nothing to change my view about that. A lot of jokes in Deadpool 2 are thrown against the wall, and even if the freshness of the original can’t be replicated, most of them work. I found myself laughing out loud at much of this and so did the audience I saw it with — although a lot of the rat-a-tat tat delivery from star Ryan Reynolds necessarily sails over your head on first viewing. This is the movie that puts the comic in comic book, and in the hands of screenwriters Rhett Reese and Paul Wernick ,along with credited co-writer Reynolds, they get this aspect of the Marvel money-minting franchise just right.

The last film’s director Tim Miller is replaced here by, as the repeat gag of title credits state, “one of the guys responsible for killing the dog in John Wick” (or simply David Leitch, as he is known professionally). Actually, Leitch had some uncredited directorial experience on Wick but made his mark in the action world with last year’s kick-ass Charlize Theron vehicle Atomic Blonde. A top stuntman for most of his career, he clearly knows how to stage action sequences and repeats the feat here with several mind-numbing set pieces.

If I have any problem with the sequel it is the same problem I have had with a number of these superhero movies lately: too much is just too much. It seems these movies feel the need to consistently top themselves and believe less is not more. The action here is so frenetic and frequent it takes away from the pure joy of seeing this foul-mouthed mutant rogue do what he does best, and what makes this guy stand out from the rest. Still, the movie worked for me on so many levels that all is forgiven, even if Leitch doesn’t quite stir the stew as well as Miller did.

Right from the start the smartass stuff begins with a spoiler-laden riff on Hugh Jackman’s demise as Logan — another Marvel entity telegraphed in the ads for D2 that say “from the studio that killed Wolverine.” We get an unlikely voice-over warning from Deadpool aka Wade Wilson that he too will be killed off before the movie is over. Of course you take that prediction with a grain of salt, but just let me say it leads to the film’s absolute funniest sequence in which our hero must essentially reinvent himself in a way that won’t be revealed here other than to say the Basic Instinct parody alone is worth the price of admission.

After the opening action stuff we see the heart of the guy in scenes with his girlfriend Vanessa (Morena Baccarin) as she reveals she is pregnant. This leads to personal tragedy and a new mission for Wade that colors the rest of the film, as well as a sequence in which he is sent to Professor Xavier’s estate and Colossus (voiced by Stefan Kapicic) attempts to indoctrinate him into the world of X-Men. While there he takes an interest in a rather deranged young mutant, Russell aka Firefist, who is nothing but trouble but plays a key role. Julian Dennison is the actor and he’s a scene-stealer just as he was in the terrific New Zealand film The Hunt For the Wilderpeople, a must-see if you missed it. Another gem of a sequence involves Deadpool attempting to audition recruits for his own ragtag mutant team (“We have to keep this franchise going for another 10 to 12 years,” he says as the reason for the expansion). The results of this lead to LOL disaster, but one recruit is extremely promising as it turns out. Domino (Atlanta’s Zazie Beetz), a Halle Berry-style warrior, claims being “lucky” is her superpower, and she proves it.

The so-called villain of this sequel is a time-travelling cyborg named Cable, played by Josh Brolin, and if you confuse him for Thanos in the week’s No. 2 film, Avengers: Infinity War, there is a reason as both are Brolin characters with some similar characteristics. Brolin has great presence and apparently has decided to move his career into comic book movies — at least on the basis of his 2018 output so far. Among other characters, T.J. Miller is back as the bartender at Sister Margaret’s, who sends Wade/Deadpool out on his missions but doesn’t make much of an impression this time around.

Still this is all Reynolds’ show and he fits the character as perfectly as he slips into Deadpool’s costume. After crashing and burning as Green Lantern (stay for the entire credits to see that dealt with), Reynolds’ natural comic timing and style gets its due here in a franchise that should easily “last 10 to 12 years.” Bring on Deadpool 3, but please don’t screw it up Disney (assuming the Fox merger goes through).

Producers are Simon Kinberg, Lauren Shuler Donner and Reynolds. 20th Century Fox is busy counting the money. Have you seen Deadpool 2? Tell us what you think.