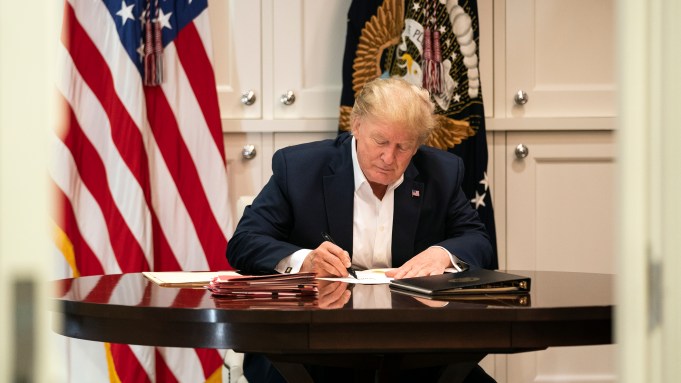 After images surfaced seemingly showing President Trump signing a blank piece of paper for a hospital photo op Dan Rather tweeted, “Nothing says ‘I work hard’ to America more than signing blank sheets of paper.”

And then there was the reaction to his drive-by for supporters outside the hospital.