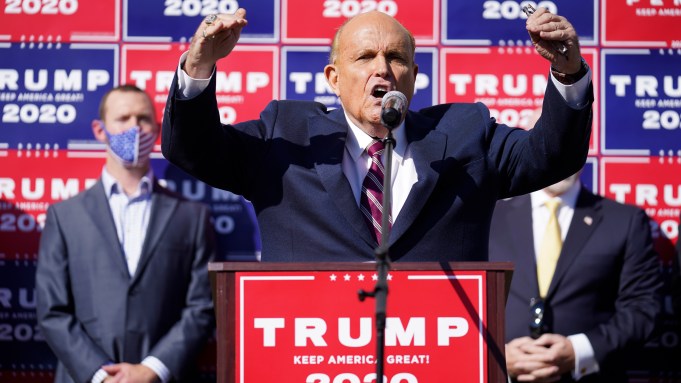 On Saturday, Rudy Giuliani held a press conference to level seemingly baseless accusations of voting irregularities in the presidential election. For some reason, he did so in the parking lot of a company called “Four Seasons Total Landscaping.”

Many believed President Trump’s lawyer meant to choose the Four Seasons Hotel in Philadelphia. Not so, according to the Washington Post.

Giuliani actually chose to make some of the most serious political charges in the history of American politics in front of a Philadelphia gardening business. And it gets worse.

The Republican poll watcher Giuliani presented to the assembled media as a witness turned out to be a convicted sex offender who spent years in prison.

Click on the link above to see it all unfold.