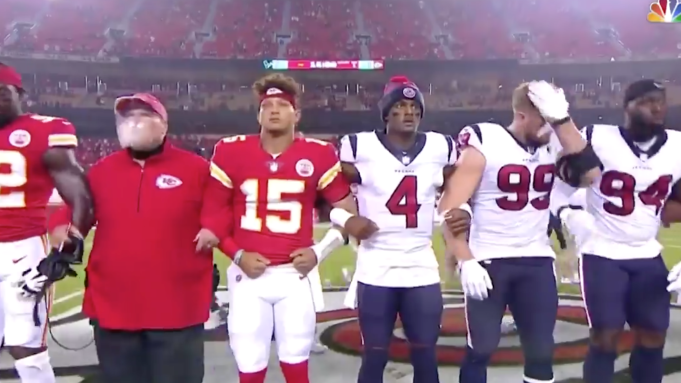 The NFL is back and the season opener between the Houston Texans and the reigning Super Bowl Campion Kansas City Chiefs drew a smaller audience compared to the first game of 2019.

Players on both teams united at midfield before the game in a demonstration of support for racial equity.

Some were quick to blame the players’ actions, but there were a few other factors in play, as well.

Click on the video above to find out what they were.