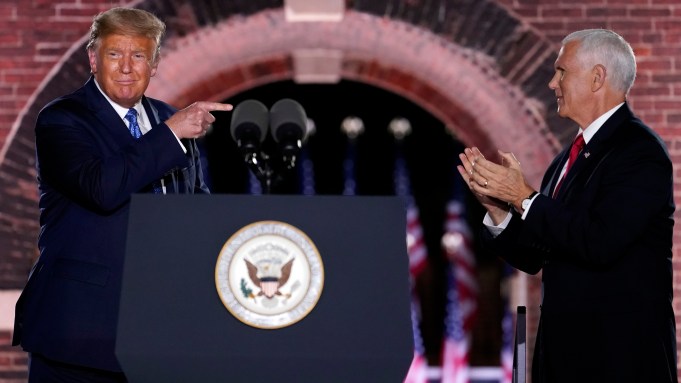 The third night of the Republican National convention painted a rosy picture. Vice President Mike Pence extolled “path to freedom and opportunity” paved by President Donald Trump “from the very first day of this administration.”

Meanwhile, every major sports league in the United States saw strikes, as their players protested the shooting of Jacob Blake and continuing racial injustice in America.

Pence repeatedly described the darkness that would descend on the nation once we entered “Joe Biden’s America.” Meanwhile, two more people had been killed on the streets of Kenosha in the America where Pence is Vice President.

Throughout the evening, the dissonance was punctuated as news networks cut away from smiles at the RNC to shots of category 4 Hurricane Laura pounding the Gulf Coast.