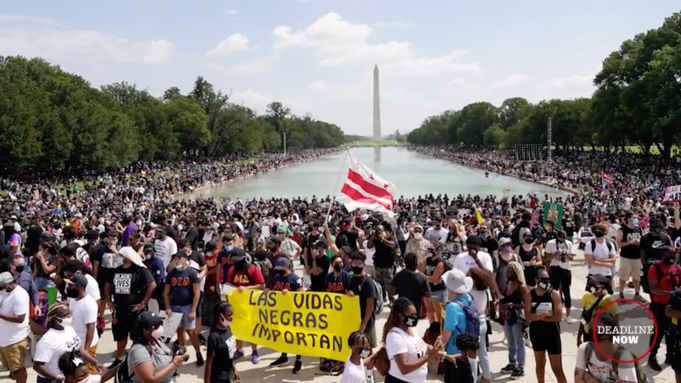 The following day, however, saw a number of fiery speeches delivered in D.C.

Thousands of Americans packed the National Mall on Friday to commemorate the 57th anniversary of the March on Washington.