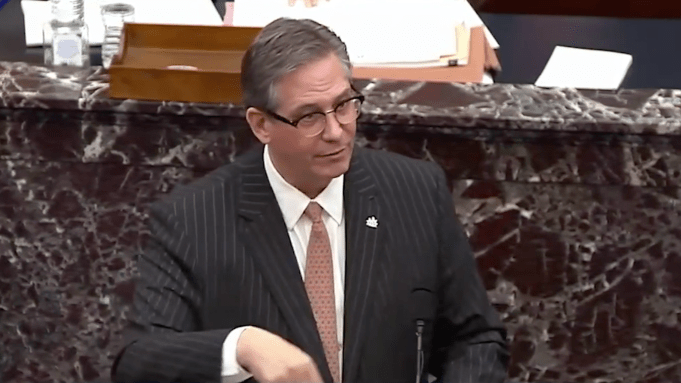 Democrats made a strong case for the impeachment of Donald Trump on Tuesday with a powerful speech by Maryland Rep. Jamie Raskin and frightening video from the siege of the U.S. Capitol.

Former president Trump’s legal team countered by admitting that they weren’t prepared to rebut Democrats’ arguments and then ended with a lengthy reading of a Henry Wadsworth Longfellow poem about the building of a ship.

Legal experts were befuddled and Trump himself, reportedly, was furious.