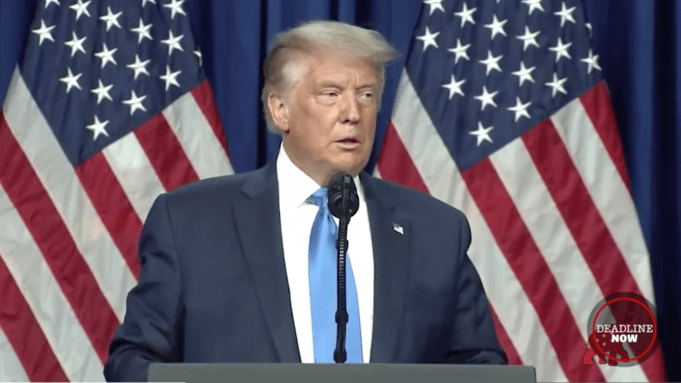 The Republican National Convention is underway and, under President Donald Trump’s direction, it’s already creating dilemmas for TV news networks. Outlets like CNN, MSNBC and yes, even Fox News, are trying to navigate coverage, especially given Trump’s speeches, which can be filled with unprovable allegations, threats and debunked conspiracy theories.

On the one hand, a speech by the president of the United States at his party’s nominating convention is big news. On the other, how are networks to effectively fact check some of Trump’s wilder assertions?

What makes this balancing act even harder is the fact that Trump is watching the networks’ every move and crying foul both in his speeches and to his 85 million Twitter followers.

Click on the video above to see Deadline reporter Amanda N’Duka’s report.