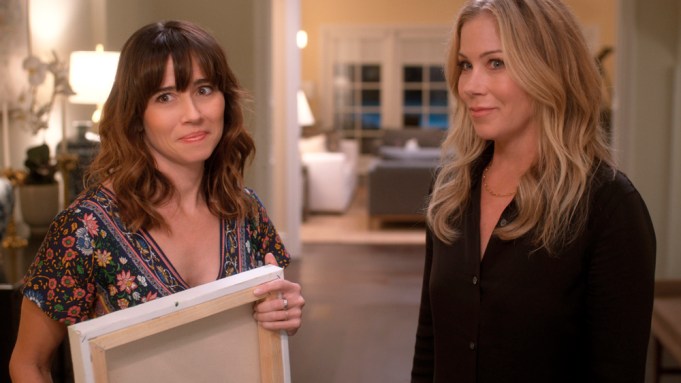 Netflix has dropped a teaser trailer for the second season of its dark comedy Dead To Me, starring Christina Applegate and Linda Cardellini, which also reveals the season 2 premiere date of Friday, May 8.

Season 2 picks up in the aftermath of that bloody backyard reveal in season 1, with Jen (Applegate) and Judy (Cardellini) once again struggling to keep their secrets buried. With a surprising new visitor in town and Detective Perez (Diana Maria Riva) hot on their heels, Jen and Judy take drastic measures to protect their loved ones and each other — no matter the cost.