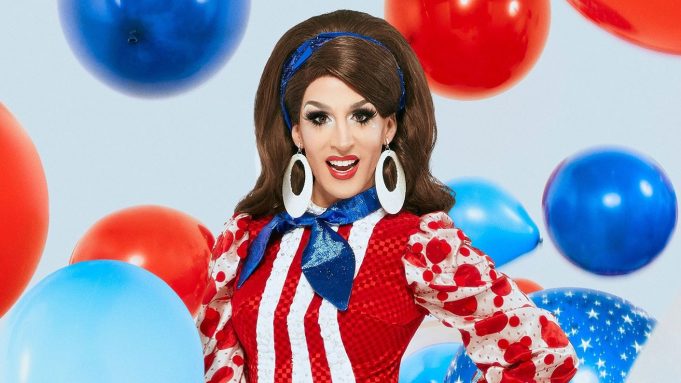 RuPaul Drag Race queen Jackie Cox has joined Peacock’s Days Of Our Lives: Beyond Salem in a guest-starring role, it was revealed in the first trailer for the spin-off above. Jackie impersonated returning Days star Lisa Rinna on RuPaul’s Drag Race season 12 for Snatch Game.

The first original Days of Our Lives limited series will bring together past and present residents of Salem including the return of Rinna as Billie Reed, along with Deidre Hall as Dr. Marlena Evans, Drake Hogestyn as John Black, Jackée Harry as Paulina Price, James Reynolds as Abe Carver, Victoria Konefal as Ciara Brady, Robert Scott Wilson as Ben Weston, Billy Flynn as Chad DiMera, Lamon Archey as Eli Grant and Sal Stowers as Lani Price. Eileen Davidson is also set to appear.

Beyond Salem is a limited series premiering Sept. 6 with new episodes dropping daily culminating with the finale on September 10.

Over a long weekend, John and Marlena take a trip to Zurich, Ben and Ciara have a romantic getaway in New Orleans, Chad visits some old friends in Phoenix, and Abe, Paulina, Lani, and Eli vacation in Miami. All find themselves embroiled in a mystery involving stolen jewels which, in the wrong hands, could cause dire consequences for Salem.  It’s a race against time for ISA agent Billie Reed as she crosses the globe in search of this missing treasure.