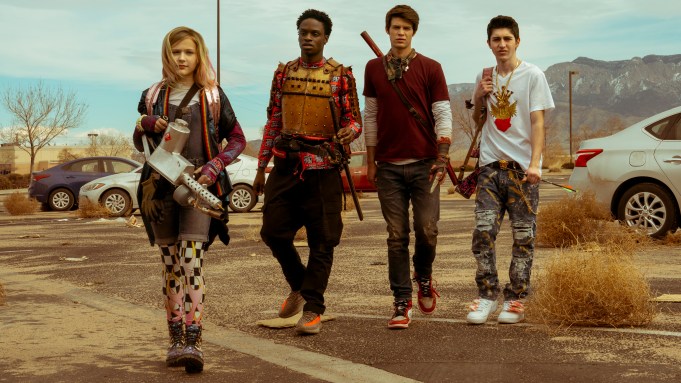 If you’ve ever wondered what a high school apocalypse dramedy would look like (and who hasn’t?), Netflix has just the tease for you: A clip for the upcoming Daybreak, starring Matthew Broderick as the principal of a high school overrun with teenage tribes of every sort, from jocks and gamers to the 4-H Club.

With a smattering of reminders that Broderick was once Ferris Bueller, Daybreak puts the actor back in school, though this time he’s in charge (at least nominally) and a nuclear blast has just done what nuclear blasts tend to do. And on Homecoming night, no less.

The official synopsis: Following an eclectic group of survivors as they navigate this strange and treacherous world, Daybreak is part samurai saga, part endearing coming-of-age story, and part Battle Royale.

As Deadline has reported, Broderick and the cast will be on hand for the world premiere screening of Daybreak set for October 4 at the New York Comic Con.

Daybreak debuts October 24 on Netflix. Watch the teaser trailer above.