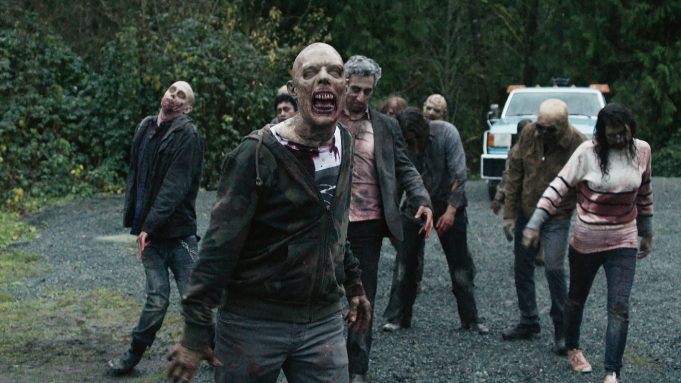 Syfy has unveiled the first trailer for its upcoming horror series Day of the Dead, also revealing that it will premiere in the U.S. in October.

The series from Abbott Street Films and Cartel Entertainment (Creepshow) is based on George A. Romero’s classic 1985 horror film of the same name. It follows six strangers, as they try to survive the first 24 hours of an undead invasion. The ode to Romero’s famous flesh-eaters reminds us that sometimes all it takes to bring people together is a horde of hungry zombies trying to rip them apart.

Elonoff, Thomas and Kostanski were on hand for Sunday’s Comic-Con panel, moderated by SYFY WIRE’s Caitlin Busch, which also featured appearances by Tracey and Malaika.

During the session, titled “Day of the Dead: Adapting a Legend”, the show’s creators and cast members offered a behind-the-scenes look into its creation, also touching on how it pays homage to Romero’s original flesh eaters, among other topics.

Check out the first trailer for the show above.