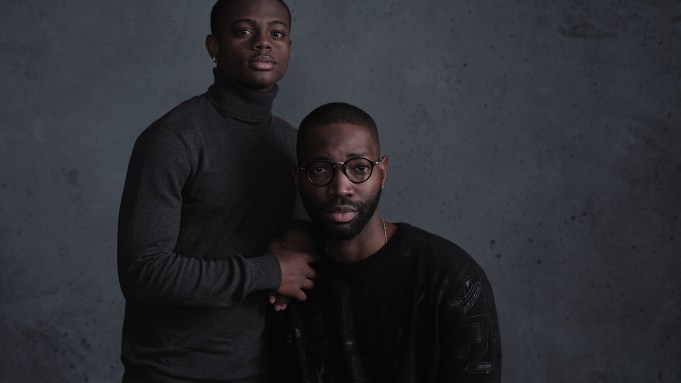 “I think every piece that I’ve ever made is always somehow rooted in my own truth,” Oscar winner Tarell Alvin McCraney says, as he prepares to bring his truth to television with David Makes Man.

In keeping with Barry Jenkins’ Best Picture Moonlight, based on McCraney’s play, the OWN drama will be another portrait of life in South Florida, stemming from the writer’s own experiences. In this highly cinematic series, executive produced by Oprah Winfrey and Michael B. Jordan, Akili McDowell stars as David, a brilliant young man looking for a way out of his poor neighborhood, and a path in life of which he can be proud.

“In examining a certain part of my life, when I lived in that place called Homestead—which is like 50 miles south of Miami—I wanted to talk about a moment when I had to make decisions of what my life would be. That’s weird, for a 12-year-old to be thinking that they had to make these life-altering decisions right then, and it just dawned on me that that wasn’t just happening to me; that it was happening to many people,” McCraney explained, stopping by Deadline’s Sundance Studio with McDowell. “I had friends and colleagues in life who would say, ‘Yeah, I had to decide what high school I wanted to go to, or what profession I wanted to be.’ And then I had other friends in other places who had more access who said, ‘Oh, nah. I didn’t really figure it out until I was 23.’ So, it was really important to me to look at how, in the black community—especially the black community in poverty—we had to really figure things out early, or not.”

Meditating on trauma and “how it affects young people in their actual, physical bodies,” McCraney went with Jordan to pitch Winfrey on the project. Little did he know that at that moment, Winfrey had a project of her own in mind, examining similar themes—and it was out of this “moment of synergy” that David Makes Man was born.

For McDowell, the series was an instant draw, for the quality of the writing and the caliber of talents involved. “Tarell is an amazing writer, and just reading it, you could tell it was going to be something special,” he said. “I was just really putting my heart and soul into it to bring it to life.”

When a feature or an entire series hangs on the shoulders of one young man, the casting process can be daunting, and it was with the assistance of “magnificent casting director…Carmen Cuba” that McCraney found his David. “She found us some of the best people that I’ve ever seen, and I think she did that by casting the net really wide. We got a call in from Akili on the internet; somebody had sent in a piece that he’d just done, and it was really thrilling to see just how much talent is out there,” McCraney reflected. “Then, when Akili walked in the room, we sort of had no other questions about that. He came in and owned the space.”

In conversation with Deadline, McCraney expanded on his collaboration with Jordan, a pedigreed actor who has been on the forefront of a new movement, in support of inclusion, with the projects he’s taken on at his company, Outlier Society. “One of the things about working with MBJ is that he’s hella collaborative. But more than anything, he’s passionate,” McCraney said. “He’s passionate about making room for others, which you don’t find in an executive producer all the time.”

Taking on this series, McCraney and his young star understand the weight and importance of their endeavor. “The kids who don’t get to speak out, who feel like they can’t tell nobody, because people don’t relate to them, that’s what really pushed me. Because we’re really making a difference,” McDowell declared. “It’s more than just a TV show.”

While the pair are making waves with the series in Sundance, the series will premiere on OWN this summer. To view our conversation with the talents behind David Makes Man, click above.