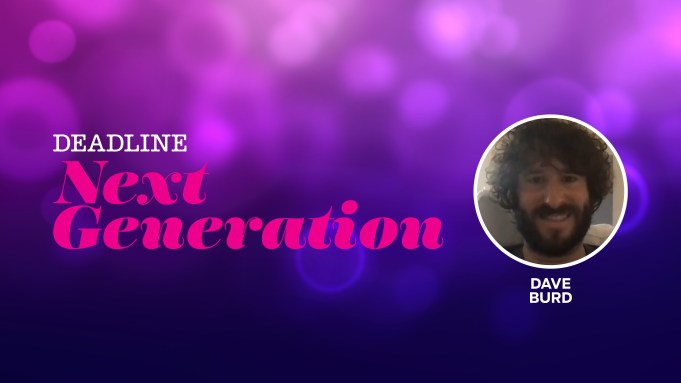 “You live your whole life for LeBron James to tweet about you. I thought I knew happiness before LeBron James tweeted about me, but I didn’t even know what happiness was until that moment,” said Dave Burd, co-creator and star of the FXX comedy Dave.

Burd’s show has become FX Networks’ most-watched comedy series ever and the multi-hyphenate star told Deadline’s video series Next Generation that he had a high-bar for success — but some social media love from the basketball legend, as well as rapper Drake, helped.

“My first goal was to feel personally satisfied and that bar for satisfaction is incredibly high, anything short of where it is now would have disappointed me. I’m first and foremost relieved I’m personally satisfied on the public reaction, but that being said you’re making a TV show, you want the acclaim,” he said.

He has previously admitted that he had a monkey on his back in terms of success and his own metrics but told Deadline that the success of the show means that monkey is now off, sort of. “I feel like I can do all of these incredible things and achieve my dreams and know I’m going to achieve them but I know that achieving them isn’t going to make me any fuller or happier,” he admitted.

The show, based on his own life as rapper Lil Dicky, follows Burd as a neurotic man in his late 20s who has convinced himself that he’s destined to be one of the best rappers of all time.

“Comedy is my first love… on my path to becoming a comedian, I stumbled into learning that I’m a musician. I’ve always loved music and hip hop and I love rap music but it wasn’t something that I thought would happen to me. I dove into music to be seen as a comedian and then the music took on a life of its own and music became my first career. I know music has a shorter shelf life; I know I can be in comedies when I’m 60, but I don’t think I can be a rapper when I’m 60,” he said.

Burd said that he was hoping to use the lockdown to focus on his music. “I have an even bigger chip on my shoulder about being a rapper than I have ever had because I know a lot of people probably assume I became a rapper to get a TV show and now I’m done rapping but I feel I’ve barely even touched the iceberg — I’ve only released two songs in the past five years. I have so much music that I’m going to put out in the next year that’s so significantly better than the music I’ve released before. I’m looking forward to putting out an album,” he added.

The show balances emotions, such as him breaking up with his girlfriend Ally, played by Taylor Misiak, and his hype-man GaTa’s bipolar disorder, with low humor such as him getting caught short by a pond during a family wedding weekend.

“When you have real emotional moments and real characters based in truth, it’s going to make those laughs even more poignant,” he said. “If the whole show was me sh*tting in ponds, it wouldn’t be funny when I sh*t in a pond but because me sh*tting in a pond is sandwiched in between the most dramatic moments of the season, it makes the dramatic moments feel even more dramatic,” he said.

Burd co-created the show with Jeff Schaffer. “I love that man. As much as I’m talking with such confidence, I also have no idea what I’m doing and I have never made a TV show. I needed someone to guide me. It’s hard to trust other people, but seeing a guy who created The League, which is a show I really respect, and works on Curb Your Enthusiasm, which is one of my favorite shows of all time, it’s so much easier to listen to what he says.”

Next up for Burd, in addition to making more music, is Season 2 of Dave, which has just started the writing process, and he also hopes to make movies. “There’s a movie that I know I want to make and I’m starting to work on it,” he said. “I want to make one of the best comedy movies ever.”