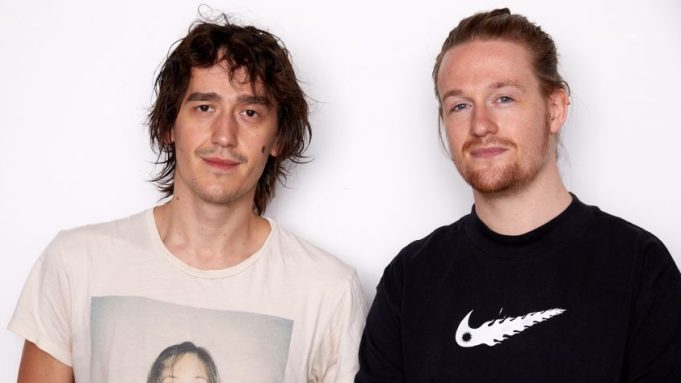 British director Rob Savage hasn’t let the pandemic interrupt his urge to make movies. Since Covid swept the world he has made not one but two feature horror films.

The latest, Dashcam, just premiered at the Toronto International Film Festival. Like its predecessor Host (“a runaway hit,” as Rolling Stone called it, that aired on Shudder), Dashcam is a found footage-style narrative shot on iPhones. It stars musician and internet personality Annie Hardy, playing a version of herself as the host of an in-your-face “live improvised music show” streamed from her moving car.

Dashcam was not only shot during the pandemic, but takes place in the midst of it.

“[Annie] gets a bit tired of the L.A. lockdown and decides to just f**k off and go to the U.K. and bother one of her old bandmates,” Savage said of the movie’s set up, as he stopped by Deadline’s TIFF Studio in Toronto with producer Douglas Cox. “She wreaks havoc on his life for a little bit, steals his car and kind of like accidentally wanders into a cult/conspiracy involving a demon—an old woman—and a chase ensues that takes them across the British countryside. And it’s f***ing mad, and that’s about as good an explanation I can think of.”

Hardy’s character is a foul-mouthed, politically-incorrect MAGA fan (complete with red hat) with about as much empathy for other human beings as Donald Trump has displayed. As such, the audience may not want to see her survive the film.

“A lot of people watch this movie and watch her and find her unlikeable, hard to deal with, and because you’re watching a horror movie you think very much in terms of like, ‘Do I want to see this person eaten by a demon or not?’” Savage confesses. “A lot of people are watching it being like, ‘I hope this b***h f***ing dies.’”

The film, something of a Blair Witch Project for the internet age, unspools as if it were being live-streamed. That includes a continuous scroll of “live” comments from “viewers” assessing Annie and the increasingly horrifying situations she encounters. The trolls are often as brutal and uncaring as Annie can be.

“There’s a wealth of layers in those comments,” Cox noted. “Lots of different characters [making the comments], most of which are living rent-free in my head to this day.”

“Launching at TIFF and at Midnight Madness is truly special,” Cox said. “We couldn’t have hoped for a better place to share this with the world.”

Click on the video above to watch the entertaining back and forth on Dashcam.