Continue to Deadline SKIP AD
You will be redirected back to your article in seconds
Skip to main content
June 4, 2021 3:01pm 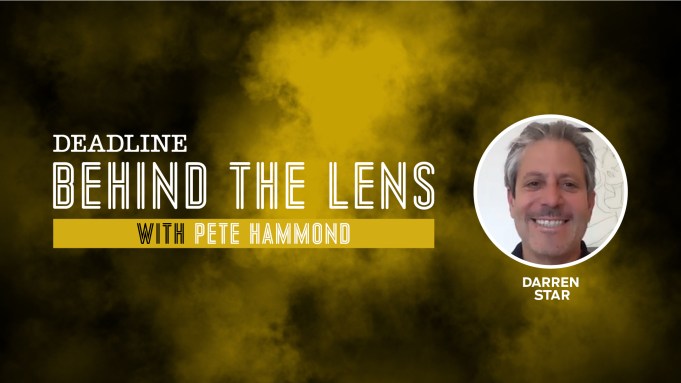 Darren Star has one of the most enviable track records in all of television, having created one hit after another including Beverly Hills 90210, Melrose Place, Sex and the City, Younger and Emily in Paris — five shows that have glamour, escapism, independent women, a strong fashion sense and compelling themes that bring audiences back to watch weekly or simply binge. Star joins me for this week’s episode of my Deadline video series Behind the Lens and shares the secret sauce that keeps producing iconic TV. He has Younger wrapping up its seven-season run (now on Paramount+), just as Emily in Paris is in production on Season 2 after the first season knocked it out of the park on Netflix.

Star talks about what intrigues him in creating these series, the tricks to producing “watercooler” shows, why he doesn’t necessarily like to describe them as “escapism,” how Covid delays have affected production, the reasons for ending Younger after seven years, his preference in terms of being binged or just on weekly, the importance of casting — from Sutton Foster to Lily Collins — what he learned from working at a young age with Aaron Spelling, the glories of shooting in France, the importance of fashion in his shows, his knack for writing women and why the time is ripe for that Sex and the City reboot. To watch our conversation and join Darren Star as he takes us “behind the lens” of a remarkable career, just click on the link above.

Join me for a new episode of Behind the Lens every Friday during Emmy season.