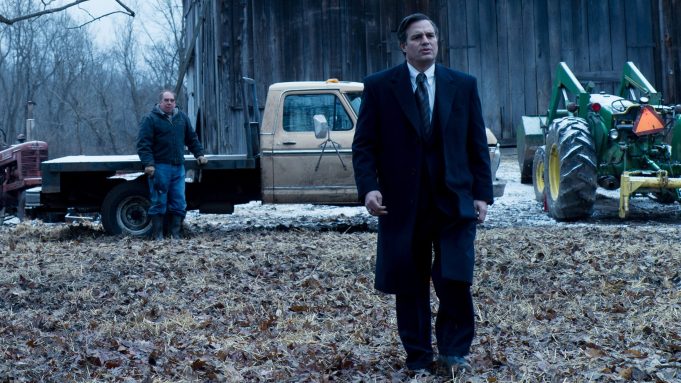 Focus Features and Participant have released the first trailer for Dark Waters, the studio’s third entry into the fall fray following Downton Abbey which arrives Friday and Harriet. Directed by Todd Haynes and inspired by a true story, the pic toplined by Mark Ruffalo and Anne Hathaway is set to hit theaters in limited release November 22 before going wider the next week.

Ruffalo plays a tenacious corporate attorney who uncovers a dark secret that connects a growing number of unexplained deaths due to one of the world’s largest corporations. In the process, he risks everything – his future, his family (Hathaway plays his wife), and his own life – to expose the truth.

The film is based on the true story of Rob Bilott, who in the late 1990s battled chemical giant DuPont in West Virginia and its illegal dumping the toxic C8, a chemical related to the making of Teflon. It was found in the drinking water affecting 70,000 local residents.

“They have all the money, all the firepower and they’ll use it,” Ruffalo’s Bilott says of DuPont in the trailer. “I know, I was one of them.”