Continue to Deadline SKIP AD
You will be redirected back to your article in seconds
Skip to main content
January 11, 2021 11:00am
3Comments 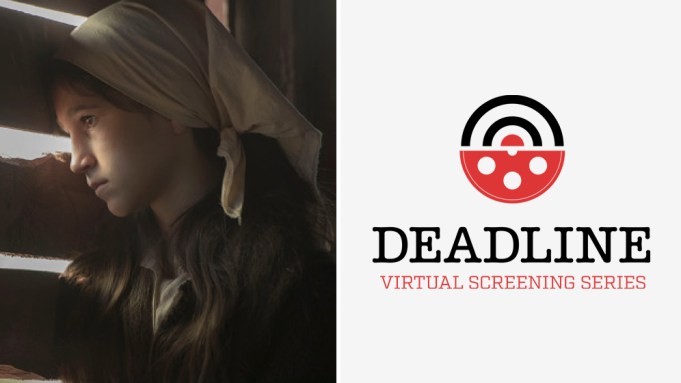 With Holocaust drama Dara of Jasenovac, executive producer Michael Berenbaum draws attention to the horrors that occurred at a little-known concentration camp in Croatia, where between 75,000 and 100,000 Serb, Jewish, Roma, Croat and Bosnian people died—at least 20,000 of them, children.

Known as the “Auschwitz of the Balkans,” Jasenovac had never been depicted on film, until director Peter “Gaga” Antonijević decided to tell its story. Overseen by Croatia’s sadistic and ruthless Ustasha regime, it was the only death camp established, independently of the Germans, during World War II. “What made Jasenovac unique was, it was a combination of a death camp, slave labor camp, and killing center,” Berenbaum explains. “[Gaga] chose to tell the hardest part of the story, which is what happens when an individual child is burdened with impossible burdens, even for the most skilled adult to be able to handle.”

The Serbian film is framed on the point of view of Dara (Biljana Čekić), a girl who is sent to the Jasenovac complex in the summer of 1942. After seeing several relatives die, the extraordinary 12-year-old fights to ensure the survival of her younger brother—holding onto hope, at the same time, that she’ll be reunited with her missing father.

In early conversations with Antonijević about the project, Berenbaum had to grapple with numerous complexities, as he sought to do justice to the truth of Jasenovac. “One of the issues you have is, if you make it too graphic, you repulse the audience and they withdraw. If you don’t make it graphic enough, it’s not truthful,” he says. “The [goal] is to [make] it real, making people not only learn about the history, but experience the event.”

Casting the film with nonprofessional actors, including Čekić, to bring authenticity to the film, the collaborators then had to figure out how to mine the best possible performances from them, while maintaining a sense of safety for all on set. “There, Gaga took a tremendous gamble and showed enormous skill,” Berenbaum says. “What Gaga wanted to make sure was that this young girl begins with the innocence that she came to the film with, comes forth and performs with that innocence, but also remains [innocent].”

Ultimately, the EP hopes that the film will be both an emotional, and an educational experience for viewers, generating awareness of past inhumanity and war crimes, in hopes of a future without them. “I hope that people will…begin to have a feel of what happens, in this massive, ideological battle, to the innocent children who are its victims,” he says. “They’ll understand the human capacity for evil, the capacity to endure and to survive amidst that evil…[and] the possibility of goodness that takes place.”

Scripted by Natasa Drakulic, Dara of Jasenovac is set to debut in the U.S. on February 5. For more from our conversation with Berenbaum about the 101 Studios title, as part of Deadline’s Virtual Screening Series, take a look at the video above.