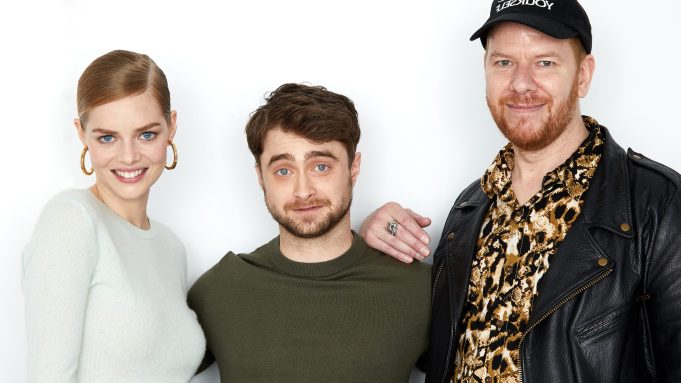 Jason Lei Howden’s Guns Akimbo drags the gladiator fight into the modern world, with an anonymous hacker group abducting civilians and forcing them to fight to the death in a live-streamed action game. The film is, “about a normal guy that gets thrust into this world of social media, televised violence,” says Howden.

Daniel Radcliffe plays Miles, a loser who upsets the wrong people with an online comment and awakes to find he’s dual-wielding pistols that have been surgically attached to his hands. Hot on his tail is Nix (Samara Weaving)—“the LeBron of murder,” says Howden— who believes killing Miles will free her from the deadly game once and for all. With 50 bullets in each magazine, Miles has to learn not only to shoot, but also to survive.

“I think the film speaks to a predilection towards violence from a lot of people,” Radcliffe said at Deadline’s TIFF studio. “I think on some level, we have evolved out of a lot over the last century or so. But up until the quite recent past, we were watching public executions and gladiator fights, and there’s a rich history of this kind of thing being consumed by people.”

Adds Weaving: “Scarily, if a couple of things continue, it could be a reality.”

Check out more from Radcliffe, Weaving and Howden in our video above.