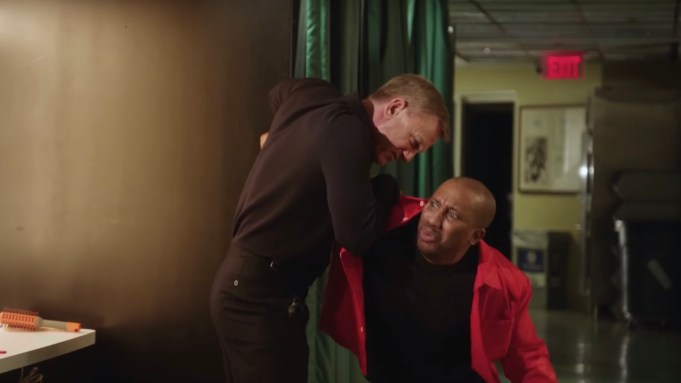 No Time to Die might have gotten bumped, but star Daniel Craig hasn’t given up his Bond habits in a new Saturday Night Live promo.

Craig is hosting the NBC comedy this Saturday – a booking originally designed to coincide with the April release of the 25th James Bond film. As Deadline reported earlier today, MGM, Eon and Universal are postponing the release date of No Time to Die to Nov. 25 due to concerns over the coronavirus.

In the new SNL promo, Craig appears with cast regulars Beck Bennett, Aidy Bryant and Chris Redd, the gag being that the ready-for-anything actor, eager to show off his comedy chops, can’t help but resorting to his tough-guy 007 moves whenever an unsuspecting welcomer approaches.

With today’s news, neither Craig nor the SNL writers should have much trouble coming up with material. Check out the new promo above.