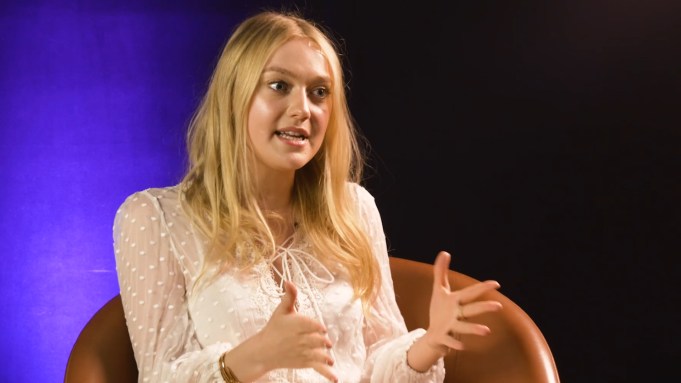 “It kind of pushed me in a different way, I had to be very adaptable and also really hyper-focused to know exactly what came before and what was going to come after the scene we were doing, what episode we were in, where the characters were at,” Dakota Fanning says on this week’s edition of Next Generation TV, regarding her experience on her first starring role in a TV series, TNT’s deft thriller The Alienist.

Still the youngest SAG Award nominee ever (for her performance in 2001’s I Am Sam), Fanning stepped into the new phase her career with the adaptation of Caleb Carr’s 1994 bestseller set in 1890s New York. On the trail of the murderer of boy prostitutes with fellow cast members Daniel Bruhl and Luke Evans, the Twilight Saga alum has made a masterful and much noticed turn as Sara Howard, portraying the first women hired by the New York Police.

Fanning was in many ways the focus of the well-watched 10-episode limited series. In her first TV lead role, the spotlight has focused both on her and what her Alienist character represented – not that it’s actually anything new for the actor, who is next up in the ensemble pic Ocean’s 8.

“I’ve always wanted to make sure that the characters I’m playing have an equal voice to their male counterparts and to play complicated women,” Fanning said of the choices that have informed the roles she plays. “I think that’s always been important to me, a no-brainer to me, I was raised to feel empowered.”

Set for a definitive run, there is no word if the January 22-debuting The Alienist could be back for another season. However, with 1997’s The Angel of Darkness from Caleb to drawn from, there is certainly potential for Paramount Television and the other producers to take another stab at the ongoing story of Sara, the Bruhl-played Dr. Laszlo Kreizler and Evans’ John Moore.

Check out more of what Fanning has to say on that topic in the video above.

Also, take a look here at last week’s Next Gen TV with StartUp stars Edi Gathegi and Otmara Marrero and my May 1 interview with Unsolved: The Murders of Tupac and the Notorious B.I.G. actors Wavyy Jonez and Marcc Rose. There’s also the April 24 interview with The Oath cast members Katrina Law and  Cory Hardrict, and my sit-down with SMILF‘s creator and star Frankie Shaw from April 20.