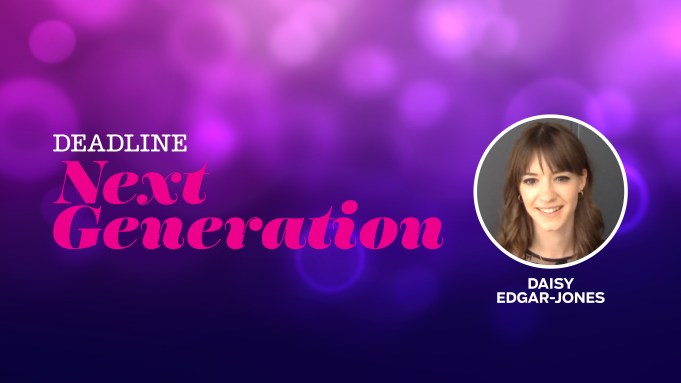 “I honestly think it may have changed my life.” That was James Corden’s verdict on Normal People after watching the BBC and Hulu series for the first time. He was not alone in being moved by the show.

An adaptation of Sally Rooney’s bestselling novel of the same name, the atmospheric drama about a couple’s on-and-off romance from school through to college has made many nostalgic about young love — or at the very least, their first flushes of lust.

That is largely down to the central performances of Daisy Edgar-Jones and Paul Mescal, who play Marianne and Connell with an often unspoken intensity and chemistry that leaps from the screen. For both, it has been a breakthrough moment, and Edgar-Jones sat down to discuss the role on  Deadline’s video series Next Generation TV.

“It’s been really crazy to see certain people I’ve admired comment about it. It’s been very surreal,” she says. “It’s such a beautiful story. Such a simple story of a coming of age between two people as they fall in and out of each other’s lives. There’s so much about their story that we see in ourselves.”

Edgar-Jones talks about the rise of Normal People, which has racked up 38 million views for the BBC alone, and how her Dad — Sky television executive Phil Edgar-Jones — has helped her handle her newfound fame. And if you want to see more of Edgar-Jones, you can also find her in Fox Networks Group drama War of the Worlds (which is set to be renewed for a second season) and ITV’s Cold Feet.