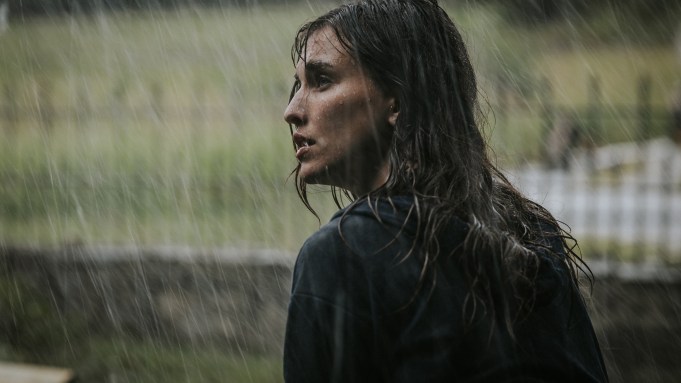 EXCLUSIVE: Here’s your first trailer for thriller-horror Shut In, the first ‘Original’ movie from conservative media company The Daily Wire.

As we reported yesterday, the feature will mark the return of controversial and cult actor-director Vincent Gallo. We can also reveal today that Voltage Pictures is handling international sales on the project.

Pic centers on a young single mother (Qualley) who is held captive along with her two children by a violent ex as she plots their escape before it’s too late. Caruso filmed the movie around Nashville and Watertown, Tennessee.

Shut In first came to attention as a touted 2019 Black List script, also topping the BloodList in the same year. The movie was initially set up at New Line with Jason Bateman aboard to direct. After a period of stasis the option expired and Sonnier took it over to The Daily Wire, marking their third collaboration.

Pic is being executive-produced by Daily Wire co-founders Ben Shapiro, Jeremy Boreing, and Caleb Robinson, and will be available in the U.S. exclusively to the site’s members beginning in early 2022, with plans for an international launch thereafter.