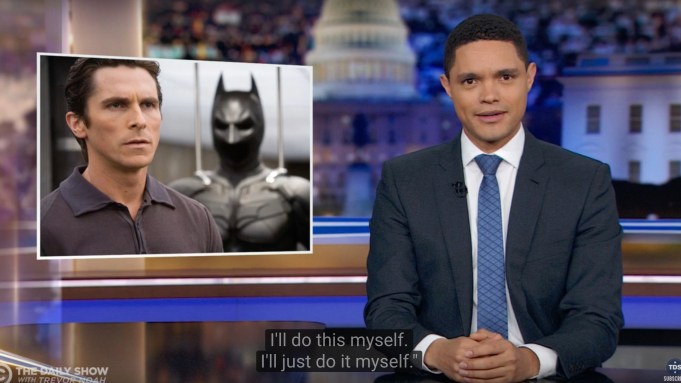 Well, he was the mayor of Gotham. Still, it’s unlikely Michael Bloomberg has ever been likened to the Caped Crusader, at least until Monday night’s The Daily Show.

Trevor Noah had some fun with the idea of billionaires like Bloomberg and Batman/Bruce Wayne dropping into troubled situations thinking only they can fix things. Batman didn’t just complain about the cops when Gotham City’s crime was out of control, he had Alfred build him a car that shoots grenades.

Bloomberg’s late-in-the-game plan to enter the Democratic presidential race has a similar air of the Mr. Fix It routine. The Daily Show then showed clips of other candidates giving Bloomberg the cold shoulder.

And the best of those was Bernie Sanders, whose shown shouting his now-famous, “Sorry, ya ain’t gonna buy this election.”

Watch the segment above. The Batman stuff starts at the 1:34 mark.