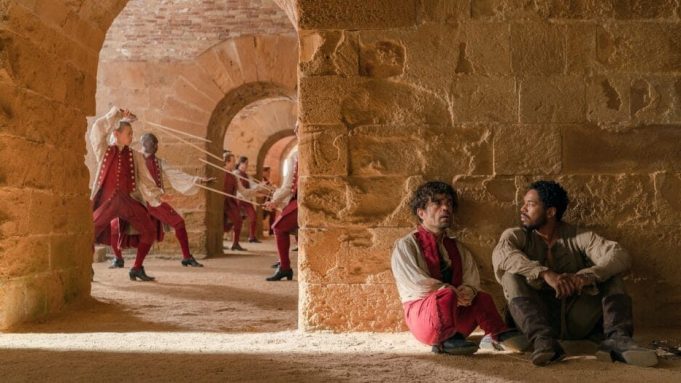 MGM today unveiled a new behind-the-scenes featurette for Joe Wright’s musical drama Cyrano, as well as “Somebody Desperate,” a single penned and performed for the film by acclaimed indie rock band The National.

Wright’s first musical adapts Erica Schmidt’s 2018 stage musical of the same name, which was itself based on the classic 1897 play Cyrano de Bergerac by Edmond Rostand. It’s centered on Cyrano de Bergerac (Peter Dinklage), a wordsmith who falls in love with a woman named Roxanne (Haley Bennett) but is too self-conscious to pursue her. After discovering that she has feelings for Christian (Kelvin Harrison Jr.), Cyrano decides to support their burgeoning romance by writing love letters for him to send to Roxanne.

Cyrano premiered at Telluride and will hit theaters in Los Angeles on December 17 via United Artists Releasing, expanding to select theaters nationwide January 21.

The new featurette detailing the making of the film can be found above. Listen to “Somebody Desperate” by clicking here.