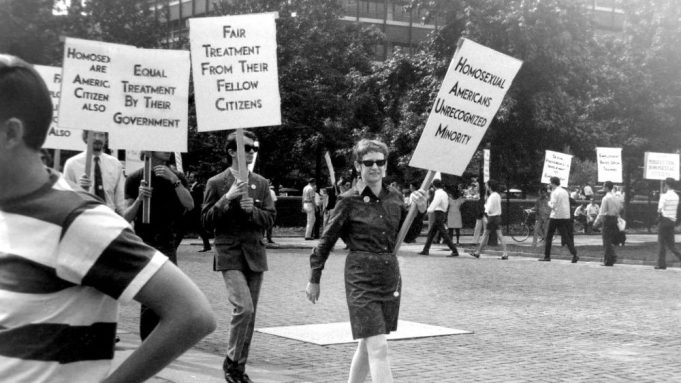 EXCLUSIVE: As the LGBTQ community continues to fight for their civil rights and face trans military bans, murders and unjust discrimination, the forthcoming documentary Cured puts things into further context. It was just 50 years ago, that American Psychiatric Association (APA) classified homosexuality as a mental illness — which isn’t that long ago. With Cured, directors Patrick Sammon (Codebreaker) and Bennett Singer (Brother Outsider) sheds light on the seldom-told story of the LGBTQ activists who went toe-to-toe against the APA to remove homosexuality from its list of mental illnesses. Story Center Films, Singer & Deschamps Productions and the Independent Television Service released the first trailer for the docu today.

Cured is set to make its world premiere August 24 at this year’s virtual edition of Outfest Los Angeles. The premiere screening at the LGBTQ film fest will be followed by a discussion with Sammon and Singer as well as activists Don Kilhefner and Rev. Magora Kennedy, who appear in the docu. The conversation will be moderated by Pose co-creator Steven Canals, who is currently set to executive produce and write 81 Words, a limited series based on the docu which was optioned by 20th Television.

No matter how well adjusted a member of the LGBTQ community was, the APA considered homosexuality a mental illness until 1973. That said, this further pushed the queer community into the margins making equality virtually impossible. Cured chronicles the battle waged by a small — yet strong and passionate — group of activists who declared war against a formidable institution and won.

The docu combines eyewitness testimony with never before seen archival footage as a vehicle to depict this battle. Cured illuminates the strategy and tactics that led to this pivotal yet largely unknown moment in the movement for LGBTQ equality. Indeed, following the Stonewall uprising of 1969, the campaign that culminated in the APA’s 1973 decision marks the first major step on the path to first-class citizenship for LGBTQ Americans. Although these battles were won, the fight for LGBTQ rights continues.

Cured was directed, produced and written by Sammon and Singer. Executive producers are Sally Jo Fifer, Cole Rucker, Jeff Nalin, Andrew Tobias, and Mel Heifetz. The docu is a co-production of ITVS, with funding provided by the Corporation for Public Broadcasting.