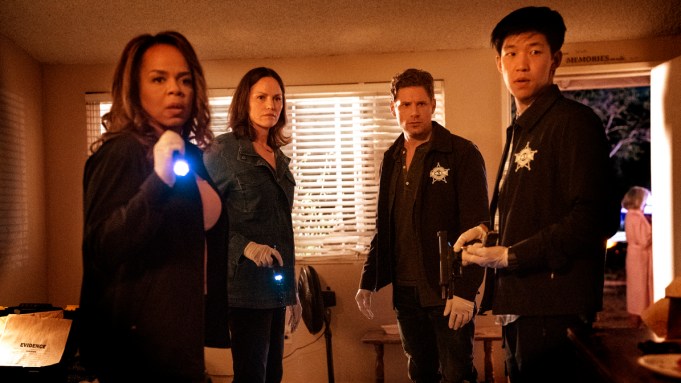 CSI: Vegas gets its first official trailer ahead of its Oct. 6 premiere on CBS and not only are some franchise favorites back but so is the theme song.

CSI: Vegas opens a new chapter in Las Vegas, the city where it all began. Facing an existential threat that could bring down the Crime Lab, a brilliant team of forensic investigators must welcome back old friends and deploy new techniques to preserve and serve justice in Sin City.

“Twenty-one years ago, we launched CSI and watched in awe as this new cinematic series launched an entire genre and became a groundbreaking juggernaut that still has global resonance today,” Kelly Kahl, President, CBS Entertainment said previously. “We are thrilled to welcome the next generation of forensic criminalists to the CSI brand and unite them with the legendary characters from the past who we still love, including the extraordinary Billy Petersen and Jorja Fox. Crimefighting technology has advanced dramatically over the last several years and combined with classic CSI storytelling, we can’t wait to watch this new CSI team do what they do best: follow the evidence.”

Watch the first trailer in full above.