Continue to Deadline SKIP AD
You will be redirected back to your article in seconds
Skip to main content
March 18, 2021 11:45am 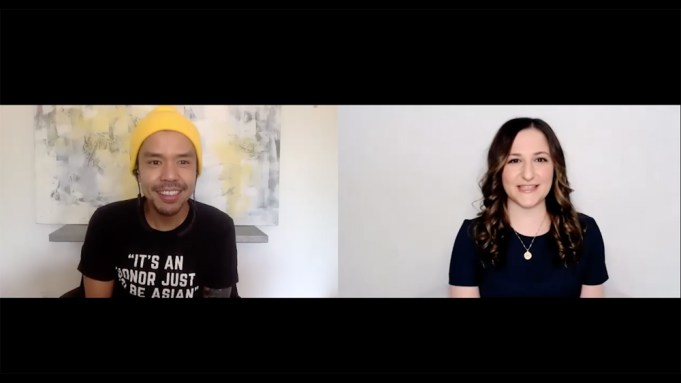 Like so many people, Cruel Summer showrunner and executive producer Tia Napolitano is a fan of true crime (remember the Saturday Night Live sketch?) which was only one of the reasons why she was reeled into boarding the popular-girl-goes-missing psychological thriller that will premiere at SXSW today before its two-hour debut on Freeform on April 20.

From executive producer Jessica Biel, Cruel Summer follows the lives of two teenage girls. There’s Kate Wallis (Olivia Holt), the popular girl with a charmed life who one day goes missing. Then there’s Jeanette Turner (Chiara Aurelia), the nerdy wannabe who is accused of being connected to Kate’s disappearance. The series chronicles this journey of twists and turns over three summers as it is told through shifting points of view.

Napolitano, who joined us in our SXSW Virtual Studio, said that she read and watched the pilot before signing on as showrunner. She said that she was very interested in boarding the project because it was an approach to the genre that had never been done before. She was also drawn to telling the stories of these two very different young women across a pivotal, coming-of-age triple timeline set in the nostalgic ’90s.

“It seemed so ambitious,” said Napolitano. “I read it and watched it and thought, ‘How do we ever get ourselves out of that pickle?’ and that was really appealing to me.”

Napolitano admits that steering the Cruel Summer ship was “challenging in a good way” and that she was excited to work with a talented ensemble of characters. “I want to get inside their brains,” she said. “I want to tell stories for them.”