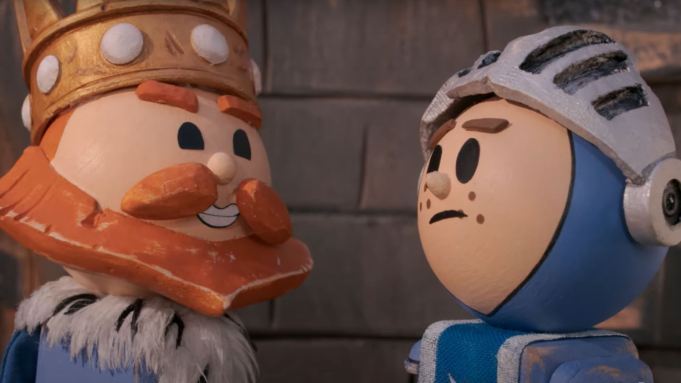 “I only wanna be a knight to help people in need,” the semi-valiant Patrick says, “because the king is a terrible ruler.” Sounds innocent enough. But this is a king who smiles as he asserts, “We need a public execution! You go down to the dungeon for me and pick out a real all-star.”

All 10 episodes of Crossing Swords Season 1 will bow Friday on Hulu.