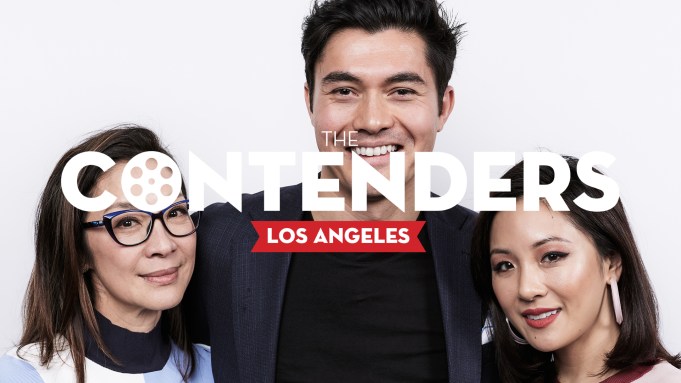 Last week the National Board of Review kicked off the ritual of actually naming awards winners for the 2018 movie season, and it should come as no surprise one of the early names was Warner Bros’ smash romantic comedy Crazy Rich Asians, which garnered the Outstanding Ensemble honor.

Considering the film represents the first all-Asian cast in a major studio English-speaking movie in 25 years, it is well-deserved, and one that shows film’s universality. The three key cast members recently joined Deadline’s The Contenders Los Angeles all-day event at the DGA Theater, where a packed invitation-only crowd of Academy and key guild members watched Henry Golding, Constance Wu and Michelle Yeoh discuss about the dynamic between them and what this landmark movie meant to them personally.

I pointed out that the producers actually waited until Wu was available (due to her shooting schedule on her ABC series Fresh Off the Boat) to cast her in the female lead of Rachel, and she says in our exchange that being in the series already gave her an idea of how this could be even more significant for the Asian acting community.

Golding points out that Yeoh, being cast as his disapproving mother in terms of his intentions toward Rachel, was key, and that Yeoh made it clear she wouldn’t do the film if her character Eleanor Young was simply an “ice queen.” Yeoh says she did the role as a homage to all the mothers in the world — a woman with high standards for her son as well as herself, who actually was somewhat vulnerable.