'Supernatural' Prequel 'The Winchesters' In Works At the CW From Jensen & Danneel Ackles
Read the full story
January 4, 2019 1:45pm
1Comments 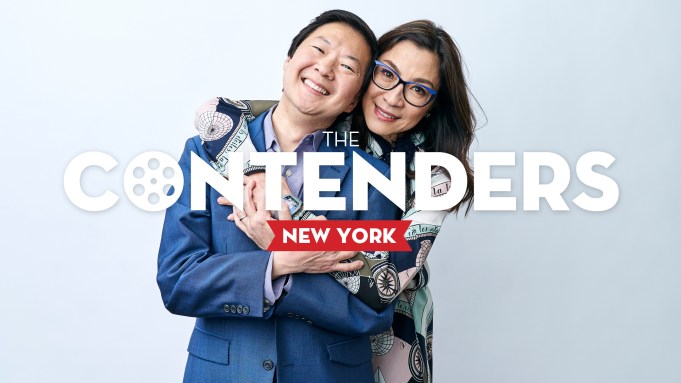 Having starred in both Memoirs of a Geisha and Crouching Tiger, Hidden Dragon, Michelle Yeoh knows only too well how rare it is that an all-Asian cast film has both studio backing and be included in the awards conversation. But now that situation has been smartly upended by the roaring success of Warner Bros’ Crazy Rich Asians — an outcome that will hopefully bring much-needed industry change. Onstage at the first ever Deadline’s The Contenders New York awards-season event, Yeoh joined her co-star Ken Jeong to discuss the film’s stratospheric rise to the top.

“That first weekend was nerve-wracking,” Yeoh said of the wait to hear the film’s box office reception. “I think I was on my knees every day because you felt the importance. So much was riding on it.”

As it’s been 25 years since the last studio all-Asian cast film The Joy Luck Club, Yeoh said getting the film made felt like “a little miracle that happened to begin with,” but then the resulting box office smash brought just “sheer relief” and empowerment.

Based on Kevin Kwan’s bestselling book of the same name, the Jon Chu-directed Crazy Rich Asians digs into the machinations of a “crazy rich” Singaporean family, focusing on the conflict when its matriarch Eleanor Young (Yeoh) refuses to accept her son’s fiancée Rachel Chu (Constance Wu).

Jeong said he related personally to the expectations he felt from his family growing up — a key theme in the film. “Every Asian American can relate to that dynamic,” he said. “You want to please your family, and me being a physician in my former life, I painfully relate to this, and the feeling of never being enough really impacts me.”

That personal resonance inspired something gentler and more loving in his portrayal of the eccentric Goh Wye Mun — the father of Rachel’s best friend. “A lot of credit goes to Jon Chu for allowing me to just feel very free comedically [with] the through-line of being almost the loving father, and maybe the only loving father,” Jeong said. Referencing his own life as the father of two daughters, Jeong said he gave the character “a little bit of crazy but also a little bit of my own paternal instinct.”