Continue to Deadline SKIP AD
You will be redirected back to your article in seconds
Skip to main content
January 3, 2019 9:00am
1Comments 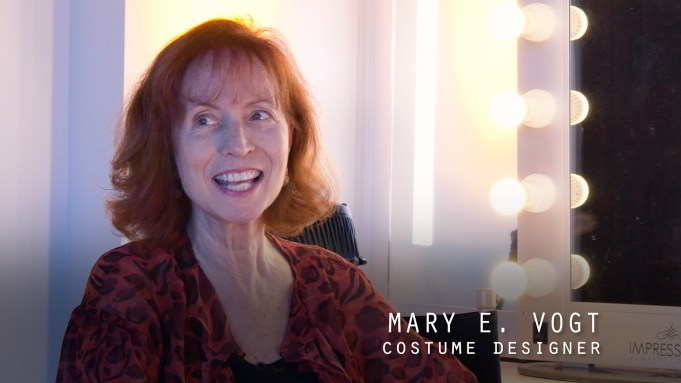 The highest-grossing romantic comedy in a decade, which has taken in over $238 million worldwide, Crazy Rich Asians looks like it was made with an impossibly large budget, though this wasn’t in fact the case. A star-studded studio smash set between Singapore and New York, which examines the lives of the ultra-wealthy, the Warner Bros. pic was budgeted at $30 million, meaning that each of its stunning locations and opulent costumes was a carefully considered choice. This week on Production Value, costume designer Mary E. Vogt explains how she approached the project, as someone with limited knowledge of its world.

The first studio film in 25 years with a majority Asian-American cast, Crazy Rich Asians was recognized at this year’s SAG Awards with a nomination for the bunch. The group will compete with the ensembles of A Star Is Born, Black Panther, BlacKkKlansman, and Bohemian Rhapsody, and while this acknowledgment is well deserved, the staggering size of the Crazy Rich Asians troupe was perhaps the biggest hurdle for Vogt to overcome on the project.With so many prominent actors to deal with, and so many characters—from various countries and backgrounds, and with varying degrees of wealth—each demanded a look that was specific, which could make its own impression.

“I talked with Jon about it because I’m not Asian. I said, ‘Well, you’re going to have to help me to differentiate the characters, and to understand [their] backstory,’” Vogt recalls. “And he said, ‘Well, I’m from Northern California. I don’t know either.’” With its unfamiliar setting, the film was also a comedy, which further complicated the job. With experience on such comedies as The Naked Gun, Dinner for Schmucks and the upcoming Flarsky—starring Seth Rogen and Charlize Theron—Vogt knows how quickly comedies move, and how hard it is to create lasting impressions with each character at such a pace. But consulting with writer Kevin Kwan, Vogt dug into the details, which would make each character their own and make the entire film pop.

For Vogt, color became a vital factor, not only in differentiating each character through costume, and speaking to their unique personality, but also in reflecting a world. “On Crazy Rich Asians, Jon wanted to start off very different, almost like The Wizard of Oz. When Dorothy was in Kansas, everything was sepia toned. So, when Rachel is in New York, we did everything in black, white and gray,” she explains. “Then, when we go to Singapore, it’s more in brighter colors.” While Rachel had the film’s defining costume arc—standing in for the audience as the entrant into a new sphere—the characters around her had already found their style. While Nick went for custom-made, white suits, the matriarchal Eleanor dressed in emerald green, “a very traditional Chinese color of strength, and of power.”

Playing Araminta, the bride-to-be, Sonoya Mizuno wore one of the pic’s most impressive pieces, a waterproof wedding dress built like none other. “The wedding dress luckily was going to be at the end of the movie, so I had gotten tons of pictures of wedding dresses, every wedding dress in the past 10 years, and we had them hung up on the walls,” Vogt says. “At first, we thought these big, giant white wedding dresses were fabulous, and then after a while, everyone was like, ‘Ugh, it’s so dull. It’s a big white thing. Who cares?’” So, the designer went in a different direction, crafting a “split-open dress” for an actress who did ballet, with “great, beautiful, long ballerina legs.”

Working steadily since 1985, Vogt has done it all. Growing up in a town “filled with show people,” her course seemed predestined. “All they wanted to do was put on plays, and nobody wanted to be the costume designer. So at 12 years old, I was a costume designer,” she reflects. “When I started working in fashion, I thought, ‘Well, this is stupid. Where’s the script? What makes this dress good?’”

As much as television, film is her world, and while there are endless discoveries to be made in prep and on set, Vogt most enjoys the end result, watching her work manifest on screen. “There’s something slightly addictive about it, maybe because it’s not all the same,” she says. “Sometimes it’s great, and sometimes it’s really hideous, and those two things working together make it very dynamic.”

On the road to Oscar, Crazy Rich Asians received two Golden Globe nominations and four nods from the Critics’ Choice Awards. To hear more from Vogt about her crazy rich creations, take a look above.