Continue to Deadline SKIP AD
You will be redirected back to your article in seconds
Skip to main content
September 16, 2019 7:59am 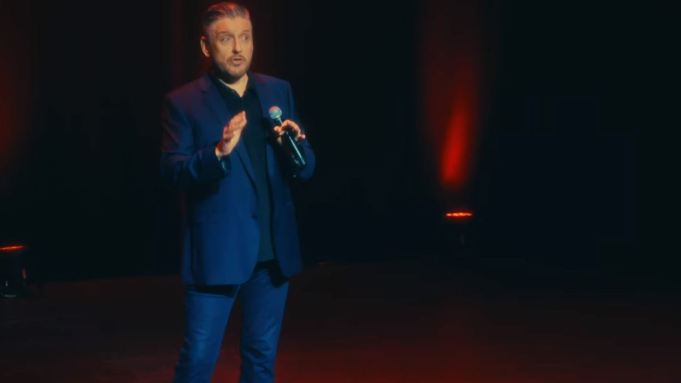 EXCLUSIVE: Craig Ferguson recently returned to his stand-up roots with a lengthy tour, and now Comedy Dynamics and Green Mountain West culling those shows for a new limited series.

“I am not a fan of the bands Rush and Journey but loved the recent documentaries about them,” Ferguson said. “I realized by using a similar format I could make a show not just for my fans but something that people who hate my guts could also enjoy.”

Said Brian Volk-Weiss, CEO of Comedy Dynamics. “Craig has proven time and time again that he is one of the most brilliant and beloved minds in comedy, and after successful partnerships for I’m Here to Help and Join or Die, we’re beyond excited to be releasing his latest hysterical endeavor.”

The actor-writer-comic hosted The Late Late Show with Craig Ferguson on CBS for 10 seasons until 2015, earning a Primetime Emmy nomination and the 2009 Peabody Award for Excellence in Broadcasting for his interview with Archbishop Desmond Tutu. Ferguson also hosted the syndicated game show Celebrity Name Game, for which he won the Daytime Emmy for Outstanding Game Show Host two years in a row.

Here is a sampling of the stand-up in Hobo Fabulous, which was directed by Joe Bolter (former front end of the comedy horse Secretariat on The Late Late Show) and produced by Tomas Zakopal (rear end).

On the man who replaced him as Late Late Show host: “I like James Corden. Just the irony kinda struck me — I was in that job for 10 years, and I constantly worried about my weight and my accent. And then when I quit, they put in a fat guy with a worse accent than me.”

On birthing a juicy conspiracy theory: “Do you know that Rudolph the Red-Nosed Reindeer was actually named after Rudolf Hess, Hitler’s deputy? Now that’s not true, but it will be when I put it on the Internet.”

Ferguson’s Hobo Fabulous stand-up tour returns to the U.S. on October 4 in Atlanta. Meanwhile, have a look at the trailer above and key art below, and tell us what you think: