Contenders Documentary: ‘Turn Every Page’ On Now; ‘The Return of Tanya Tucker – Featuring Brandi Carlile’ Up Next - Watch The Livestream
Read the full story
October 19, 2021 5:00am 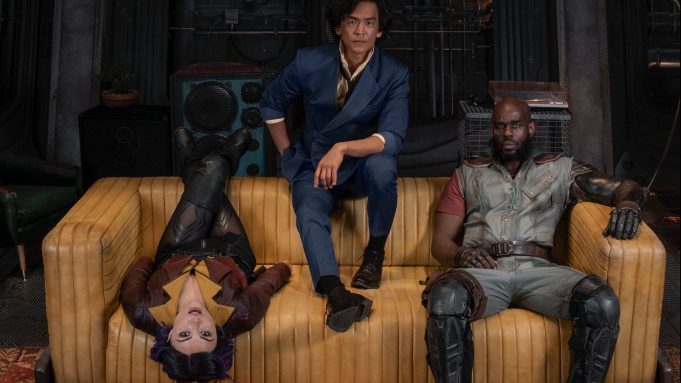 Just a month out from the premiere of its live-action Cowboy Bebop series, Netflix dropped a teaser that sees stars John Cho, Mustafa Shakir and Daniella Pineda in action for the first time.

Based on Shinichirō Watanabe’s cult anime series, Cowboy Bebop follows a group of misfit bounty hunters, led by Cho’s Spike Spiegel as they search for the galaxy’s most valuable criminals. Mustafa Shakir also stars as Spike’s trusted co-pilot Jet Black and Daniella Pineda as the highly-skilled bounty hunter Faye Valentine. The ragtag group of bounty hunters go from target to target, while trying to outrun their past.

Aboard the titular spaceship, Spike, Faye and Jet all embark on chase for their latest bounty – hopping through panels to engage their target. The clip also touts some of Cho’s stunts.

Right after they’re done with their first round of kicking butt, Spike heads to a noodle stand for some grub. However, a vision of nemesis Viscous (Alex Hassell), complete with music from the original series, interrupts his meal. After snapping back into reality, Spike and the rest of the gang transport to another location to catch their their bounty. But Spike and Jet are a little too trigger-happy to earn the prize.

“Hey nut buckets, there’s no payout if you shoot him in the face,” Pineda’s Faye tells her allies.

The gang heads back to the Bebop where they bicker about who really blew the chance at the bounty money.