Continue to Deadline SKIP AD
You will be redirected back to your article in seconds
Skip to main content
September 25, 2021 11:19am 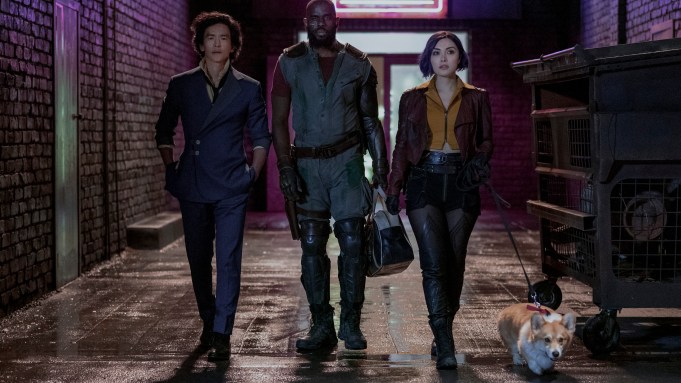 Netflix’s Cowboy Bebop live-action series is jamming out in its own terms in the title sequence for the upcoming adaptation.

The streamer unveiled its own take on the original series’ jazzy theme “Tank!” by Seatbelts at its fan event Tudum on Saturday. The new Cowboy Bebop title sequence mimics the original’s character silhouettes and rhythmic cuts, almost entirely. Its flair comes with footage of villains, and additional characters and, of course, a shadow of the lovable corgi Ein.

Based on Shinichirō Watanabe’s cult anime series, Cowboy Bebop follows a group of misfit bounty hunters, led by John Cho’s Spike Spiegel as they search for the galaxy’s most valuable criminals. Mustafa Shakir also stars as Spike’s trusted co-pilot Jet Black and Daniella Pineda as the highly-skilled bounty hunter Faye Valentine. The ragtag group of bounty hunters go from target to target, while trying to outrun their past.

Netflix’s Cowboy Bebop adaptation will premiere Friday, November 19. Watch the latest look at the series above.