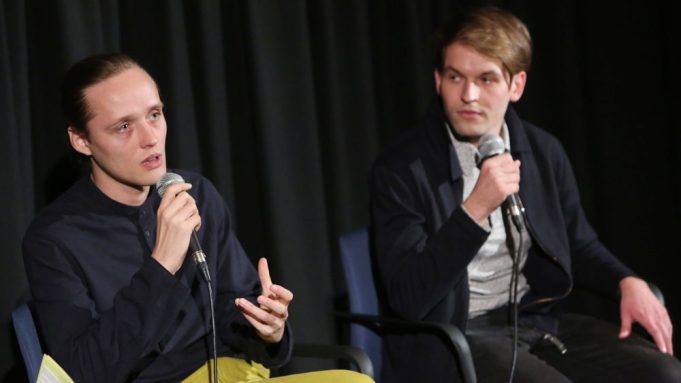 Poland’s official entry for Best Foreign Language at this year’s Oscars is the Jan Komasa-directed Corpus Christi, which tells the story of Daniel, a 20-year-old freshly out of a juvenile detention center who goes to a village and impersonates a priest — and the townspeople buy it. This may sound like a comedy, but it is very much a drama and is surprisingly based on real-life events in Poland.

“Fake priesthood is a thing in Poland,” said screenwriter Mateusz Pacewicz during an Awardsline screening Q&A for Corpus Christi.  “It’s a very weird and complicated social phenomenon and I, over the years have become an expert on the subject.”

He adds that a new case of fake priesthood surfaces every few months in Poland, but the motivations vary. Most of the time, it is always about the need for a sort of social security for the underprivileged to become a trustworthy priest which is a great form of social status for many.

Pacewicz used his fascination and study of the phenomenon as a foundation for the film in which Daniel, played by Bartosz Bielenia, experiences a spiritual transformation while at the center, and as his previous crime denies him the opportunity to officially serve in the clergy, he pursues his dream by dressing as a priest and ministering a small-town parish.

“[The movie] asks questions about religion versus fakery, deception and about social roles and true self,” said Pacewicz.

For Bielenia, he was aware of the story of fake priests, but he did not read any articles about the phenomenon. “I didn’t want to be influenced by something that happened,” he said about his performance as Daniel. “I didn’t want to impersonate anyone.” Bielenia worked with director Komasa to develop a character specifically sculpted for this Corpus Christi world that was written by Pacewicz.

Bielenia and Pacewicz say that when they were making the film, they thought it was going to be a local film that didn’t go beyond Poland. But after premiering at the Venice Film Festival, it started to gain traction and attention, screening at the Toronto International Film Festival as well as AFI Fest.

Bartosz said in regards to the film, “We thought it was going to be our thing.”

Pacewicz chimes in saying, “It proved far more universal than we expected.”