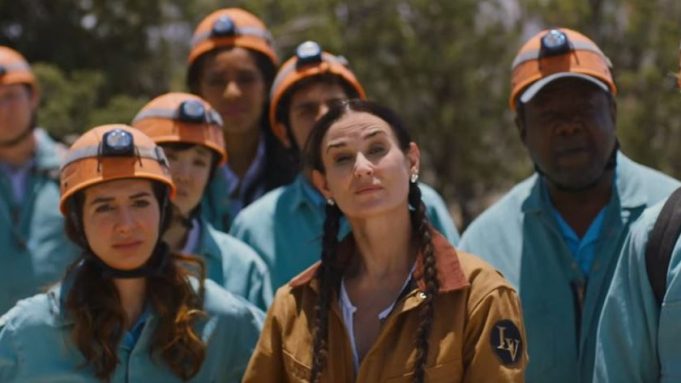 Screen Media has released a pair of trailers (red or green band, depending on your mood) for Corporate Animals, the horror comedy starring Demi Moore and Ed Helms that bowed in the Midnight section of this year’s Sundance Film Festival. It hits theaters and on-demand September 20.

Moore plays Lucy, the delusional (OK, terrible) CEO of a struggling startup aimed at millennials. In her infinite wisdom, she leads her staff, including her long-suffering assistants Jess (Jessica Williams) and Freddie (Karan Soni), on a team-building retreat in the caves of New Mexico, led by an overeager guide (Ed Helms). When disaster strikes and the food runs out, mandatory office bonding becomes a lot more … appetizing.

Check out the general-audience trailer above and/or the NSFW redband below along with the poster.