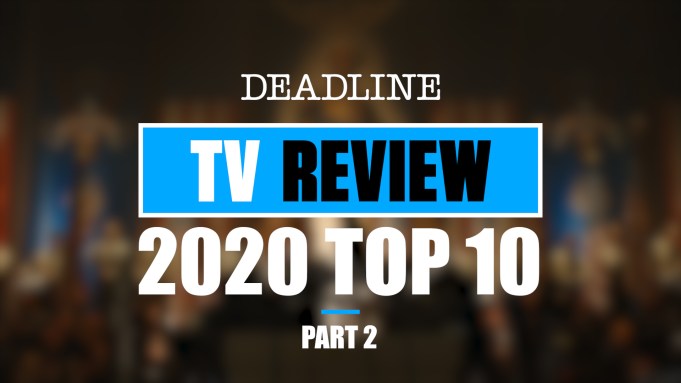 SPOILER ALERT: This video contains details of some of the best new TV series of last year.

“The one charm of the past is that it is the past,” Oscar Wilde once said.

Few have had the linguistic dexterity of the Dorian Gray scribe, but even the divinely witty Wilde may be hard pressed to find anything charming about 2020, ironic or not.

With that, Happy New Year! Welcome to 2021 and the second part of our Top 10 new TV shows of 2020. As you recover from your stay-at-home shenanigans of last night, click on the video above to find out some of the unconventional efforts that made the Top 5 and what is No. 1.

However, before discovering who made the final cut, you may want to check out the first part of the list here. We had HBO’s true crime docuseries I’ll Be Gone In The Dark at No. 10 and the premium cabler’s alt-history drama The Plot Against America at No. 9. Netflix’s prodigious Cold War chess prodigy series The Queen’s Gambit was next, followed with a tie.

The 21 Most Influential TV Series Of The 21st Century, So Far

At No. 7, there was ESPN’s The Last Dance docuseries chronicling Michael Jordan’s final championship season with the Chicago Bulls, coach Phil Jackson, plus teammates Scottie Pippen, Dennis Rodman and Steve Kerr. Among others, “Former Chicago Resident” and massive basketball fan Barack Obama also makes an appearance. Also, at No. 7, we had the Covid-19 lockdown-set Staged with Michael Sheen and David Tennant in full self-parody mode. Lastly, for Part 1 of our Top 10 New Shows of 2020, there was HBO’s genre- and culture-bursting Lovecraft Country.

As well as listing the Top 5 new shows of last year, there are also honorable mentions worth checking out this weekend if you are looking for a binge.

With that, like I said last year and the year before that, watch the video above to discover who made our Top 5. If you agree (or disagree) with the selection, drop me a line – you can reach me on Twitter at @DeadlineDominic.

Have a safe, healthy and charming New Year’s Day!