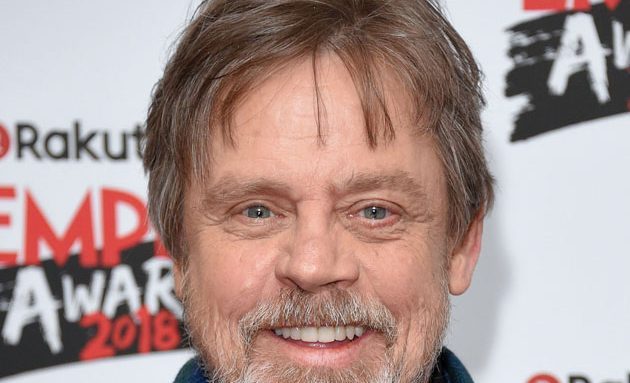 What would a Comic-Con be without a taste of Star Wars? Well, the current one didn’t have a full-on focus on the galaxy far, far away. But it did have Mark Hamill, who was out touting Netflix’s The Dark Crystal and making the rounds.

Tonight, he stopped by Conan to have some playful moments with the host, giving him the Comic-Con Citizenship Test to determine whether Conan’s boast of CC expertise could hold water.

There was also another Star Wars touch. Conan and staff went down to the floor of Comic-Con to find  Chewbacca cosplayers in honor of the memory of Peter Mayhew, the actor who first donned the wooly suit.  In a moment that could only happen at Comic-Con, they gave a 21-Wookiee salute to the fallen actor.