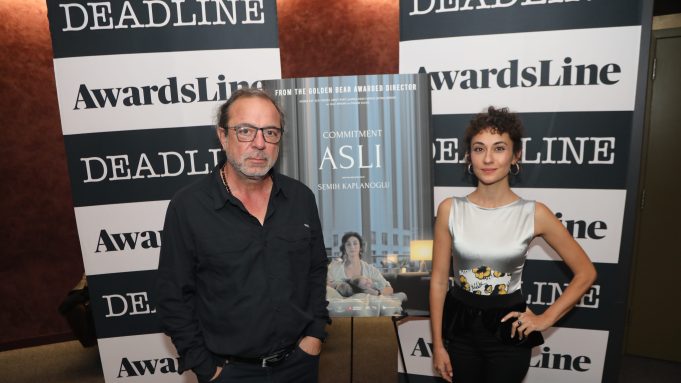 For actress Kubra Kip, the first read of Semih Kaplanoğlu’s script for Commitment was a remarkably exciting experience, given the nuance with which the director had written about women.

“As women, we are accustomed to hear our story from a man’s point of view. But in this story, there was somebody behind the story trying to understand, trying to sense woman,” the actress said last night, sitting down for a panel on the film with Kaplanoğlu and producer Furkan Yesilnur. “Of course, there are some aspects of being a woman [that are typically] neglected or ignored. But when I read this script, I just figured that the storyteller is trying to put a light in the dark spots that [have] not been talked [about].”

Also starring Ece Yüksel and Umut Kurt, Commitment was selected this year as the Turkish Oscar entry for Best International Feature Film. It centers on Asli, a new mother who hires a babysitter named Gülnihal to take care of her chid, so that she can return to work, only to become envious and bitterly resentful of the young woman in her employ.

Like Kip, Yesilnur was amazed by the script—so much so, that he had to fight his desire to call Kaplanoğlu in the middle of the night, to gush about the material. “The character expositions, and the very subtle details in this story amazed me, honestly. There are twists in almost every single scene that give a great tension, so it was a masterpiece,” the producer said. “That’s one of the best stories I have ever read, and I have ever seen on the screen, written about women.”

Centering his 2010 film Honey on a six-year-old boy, and working with animals in the past, the director had two infants to contend with, while making his latest feature—which was written as the first film in a trilogy, examining the theme of commitment. But for Kaplanoğlu, the unpredictability in working with babies was never a source of concern.

“I believe, first of all, even a leaf has a lot to say, to express, let alone a human or an animal. Even a leaf in a tree has a lot to say. A director, when he is directing his movie, anything around him could be a subject of his focus; it could be anything. That’s what I believe,” the director explained. “There is, in fact, not really a huge difference between an object, an actor or an actress, so I feel myself responsible to reveal the things hidden in any objects, to convey the messages that they have.”

For more from our conversation with the director, producer and star of Commitment, translated by Taha Ayar, click on the video above.