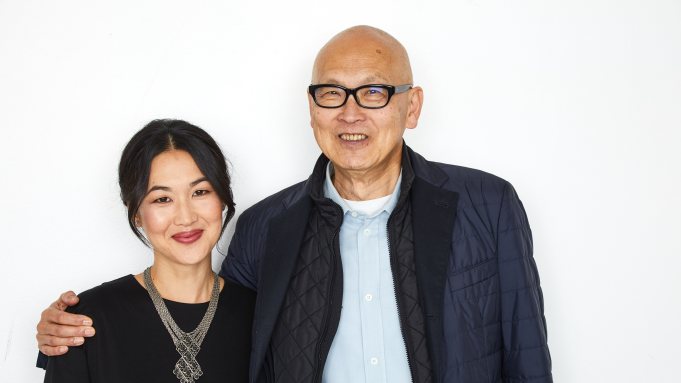 TIFF veteran Wayne Wang, often overlooked for his importance in the history of modern U.S.-Asian cinema, returned to the festival with his latest film Coming Home Again, which tells the story of a Korean-American man who cares for his sick mother while trying to learn her traditional recipes.

“[The inspiration] was an article by a friend of mine called Chang-rae Lee,” Wang told us when he stopped by the Deadline studio. “The article was called “Coming Home Again”, and it’s about his mother, who was dying of stomach cancer, so he took a year off from work to take care of her. That was written in 1995, and it was published in the New Yorker. It’s [a] very detailed [piece of writing]. It has a lot of nuances. It’s about his own mother, and I guess it’s always sort of hit me. Then, when my own mother got sick and passed away, it hit me more, and so we sat down and said, ‘Let’s just make a movie of it.’ Y’know, I’m much more aware of my own life, so to speak, and the impermanence of it, and so I’m kind of ready to deal with it.”

For Jackie Chung, who plays the mother, the experience was very emotional. “I tried to do a little bit of research, but we were lucky that we had someone on set who was very familiar with cancer, and how it affects the body,” she said. “She was there all the time, because every day was different. It was like, ‘How am I feeling today? Is it a good day? Is it a bad day? How far along in the process are we?’ It was really nice to have her there to check in with, to make sure everything was authentic to what that experience is.”

To find out more from Wang and Chung about Coming Home Again, click on the interview.

.The Deadline Studio is presented by Hyundai. Special thanks to sponsors Soia & Kyo, Fig & Olive, The Watford and Inkbox; and partners Calii Love and Love Child.